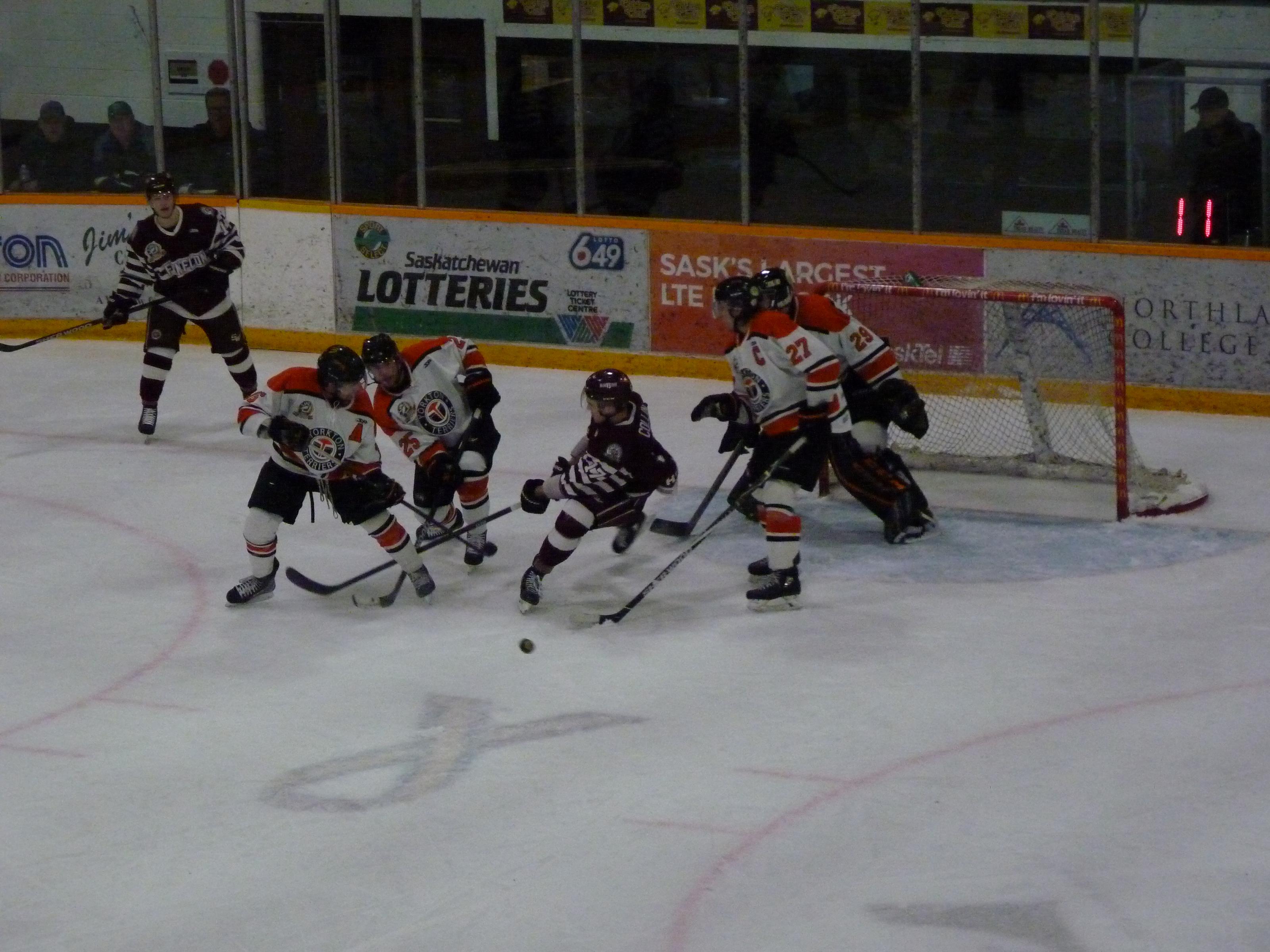 After Chantz  Petruic opened the scoring in the first period, the Bombers looked to be in good shape when they took a 2-1 lead early in the second  on goals from Brandson Hein and Cade Kowalski.

The Terriers responded with four unanswered goals from Brenden Mark, Aiden Bulych and a pair from Colby Brandt.

Andrew Henderson, who the Terriers got from Notre Dame on deadline day was fantastik, stopping 52 out of 54 shots and was the big difference in the game. Jacob Delorme suffered the loss giving up 5 goals on 31 shots.

I thought the Bombers played a decent game and created a lot of good chances but couldn't bury,  and missed a good opportunity not capitalizing on a 5 on 3.

With only 4 games remaining, it is looking more and more like Flin Flon will be playing in the Survivor Series as they sit seventh overall, 7 points behind sixth place Humboldt.

The most important thing for the Bombers right now is to finish the season strong and try to get on some type of a roll come playoff time.

February continues to be a real rough month with the Bomber record at 2-7 and the first place Nipawin Hawks coming to town tomorrow. Nipawin has taken 4 out of the 5 head to head meetings so far and need tomorrow's game with Kindersley breathing down their necks.

No question, a Bomber victory would go a long way in the confidence department and might get things turned around. They could also hurt the Hawks chances of finishing first overall.

No broadcast tomorrow, we will broadcast the home and home with Laronge this Friday and Saturday.