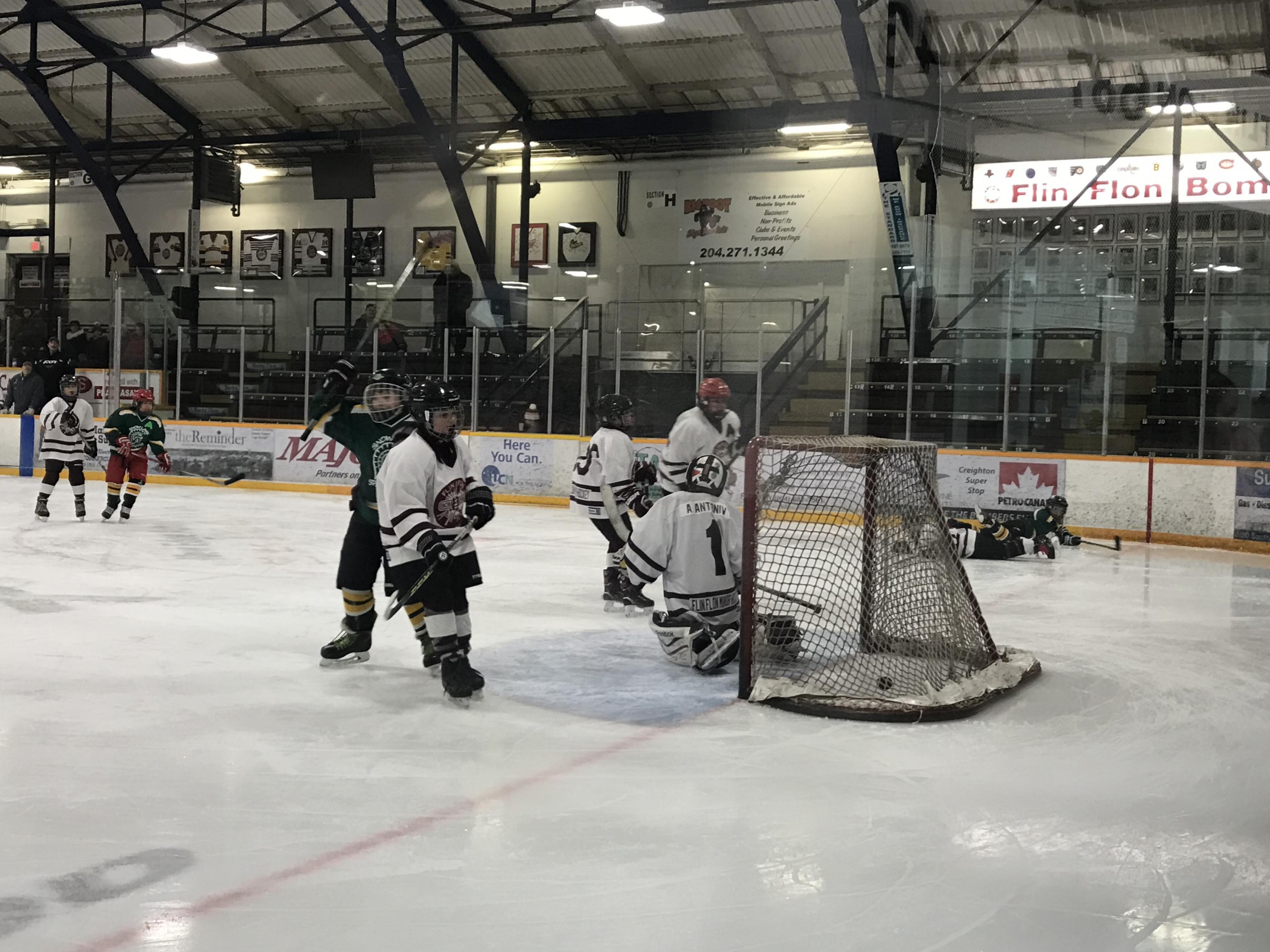 The Teagan Quinn Memorial tournament took place at both the Whitney Forum and Sportex this past weekend with teams taking part from Flin Flon, The Pas, Thompson and Snow Lake.

A number of Flin Flon teams were down in the Pas for the annual Atom Grub Box Tournament.

The Ped's Threads AA Bombers went 0-4 and lost to the Pas 6-1 in the Consolation final. The Atom A Northland Ford Bombers  lost in the Bronze Medal game  to The Pas 3-0.