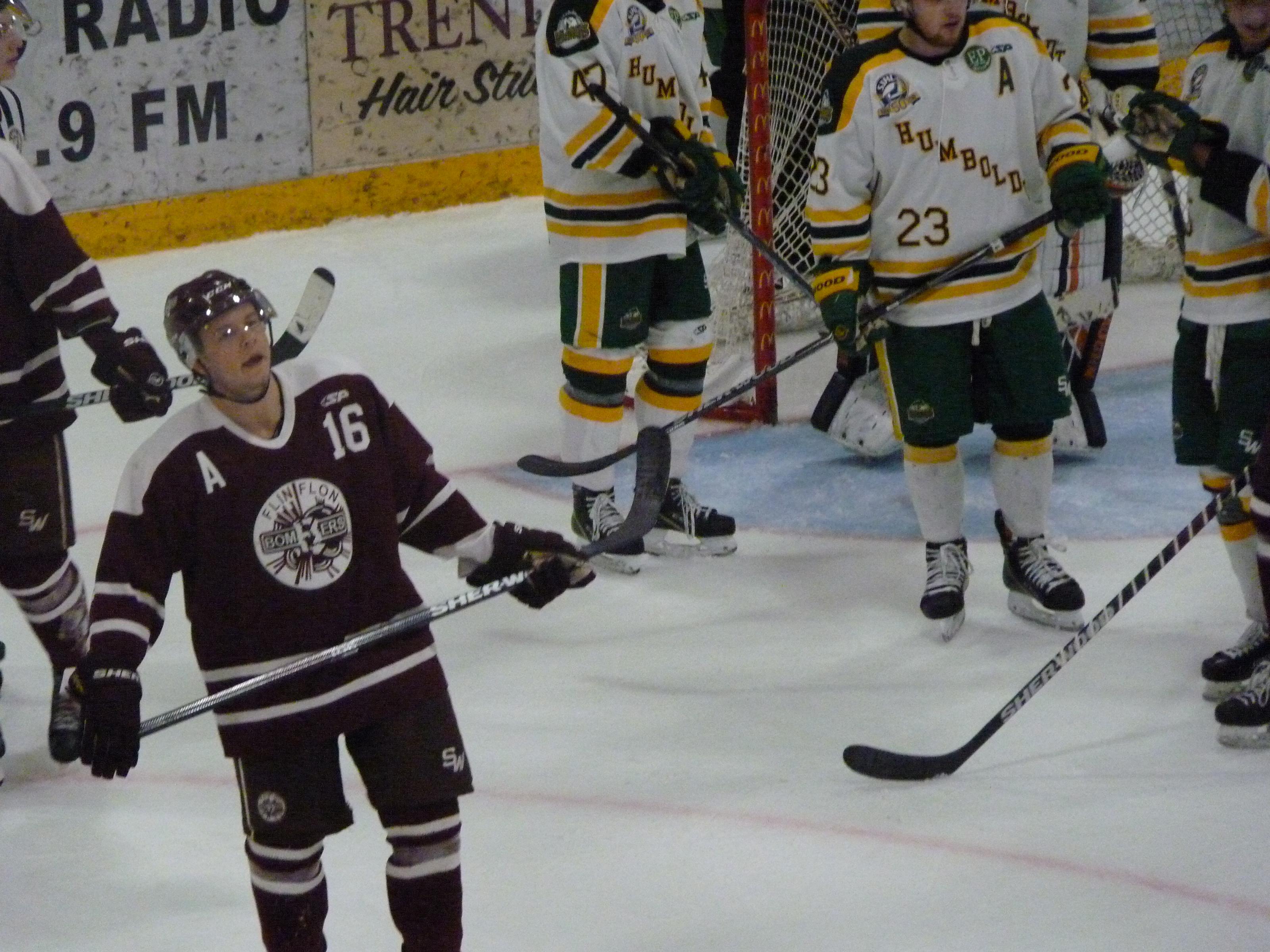 The Humboldt Broncos scored with just over 1 minute remaining in regulation last night and were able to pull out a 2-1 win over the Flin Flon Bombers at the Whitney Forum.

Drew Warkentine was able to lead a two on one down the ice and fired a nice low wrist shot past Pierce Diamond for hIs 8th goal in 8 games since coming over from the AJHL.

The Bombers got Diamond out for the extra attacker but couldn't get the equalizer despite swarming the Humboldt net in the dieing seconds.

Flin Flon got their lone goal from Dawson McKenzie when he placed a shot just underneath the cross bar to open the game 2:15 early in the first period.

The Bronco's countered on a short handed goal from Brayden Camrud when he collected a loose puck behind the Bomber net and scored on a wrap around. That would be all the offense til late in the third period.

I thought the Bombers carried the play in the first period and had some chances to put the Bronco's away but couldn't capitalize on their chances and let Humboldt stay in it.

Back up goalie Rayce Ramsay was solid in making 34 saves on 35 shots while Pierce Diamond suffered just his fourth loss giving up 2 goals on 30 shots.

With the win,  Humboldt will leap frog Kindersley for first place in the Global Ag Risk Solution Division with 45 points , which is also good enough for a share of first overall with Nipawin.

Flin Flon remains in third in the Sherwood Division at 18-9-0-2 and sit 5 points behind Melfort and 7 behind Nipawin. The Bombers do have a game in hand on the Mustangs and two on the Hawks.

The Bombers are 6-4 in their last ten and will play three more games before their Christmas break with a trip to Laronge Friday and Kindersley, Saturday and Sunday. All three games will be broadcast on 102.9 CFAR and flinflononline.com.