Posted about two years ago by Rob Hart 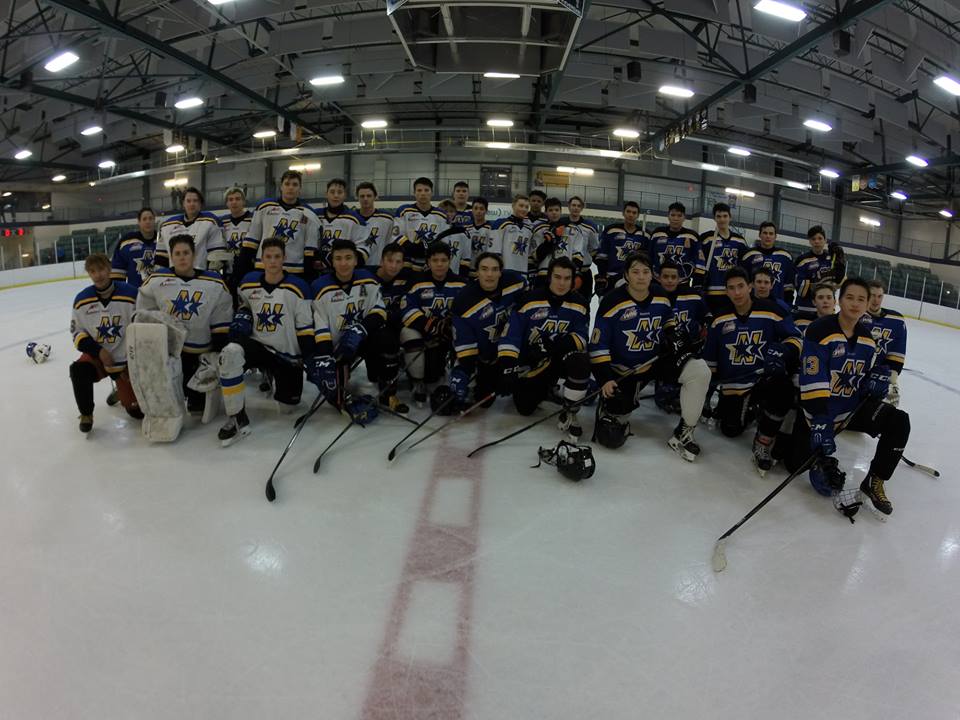 The Norman Northstars wrapped up their training camp with the annual Blue and White intrasquad game which took place earlier today at the CA Nesbitt Arena in Thompson. Team White came out with the 10-4 victory.

The final roster was announced after the game and congratulations to goalie Rylan Potkonjak, forwards Blake Lahonen and Morgan Daneliuk, as well as defensemen Jordan Brycen and Jordan Pfoh. They were the five players from Flin Flon selected.

The Manitoba Midget AAA season will begin on September the 30th when Norman kicks off a three game road trip in Pembina Valley.