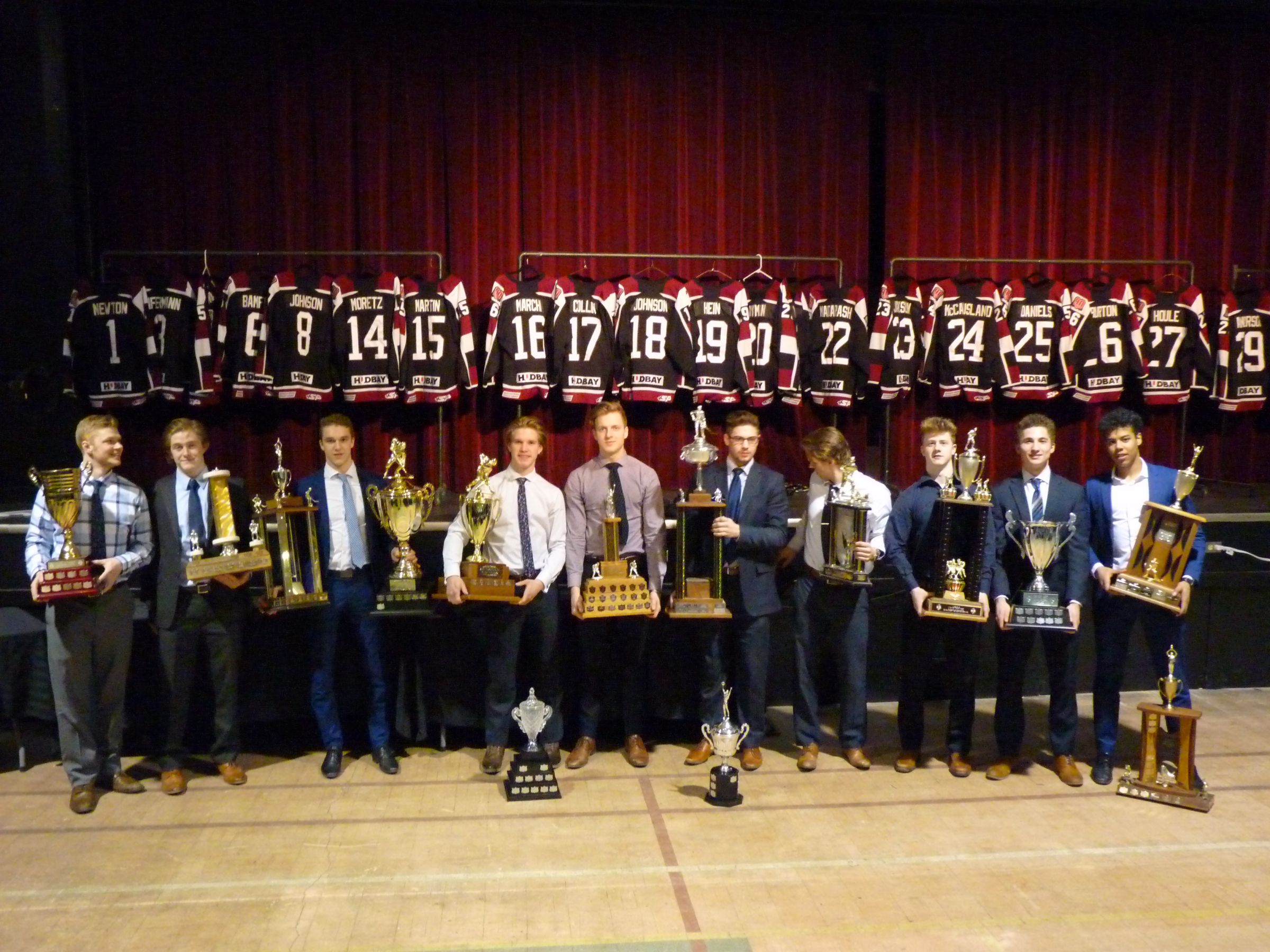 The Flin Flon Bombers officially called it a season with their annual Awards night and Gala last night at the Flin Flon Community Hall.

A big thanks to Chicken Chef for a delicious supper and to all the players, coach's, board members, volunteers, fans , sponsors and parents for making it out for the festivities.

Four players will be graduating,  including Captain Ben Lanfermann, goalie Brenden Newton and forwards Jordan McCausland and Tyler Nyman. All four of these fine young men were great ambassadors for the hockey club and will all be successful in their next stage in life.

Lanfermann and Newton both cleaned up at the year end awards last night taking home 5 awards between them.

The Bombers will now prepare for their spring camp in Saskatoon coming up May the 4th to the 6th.