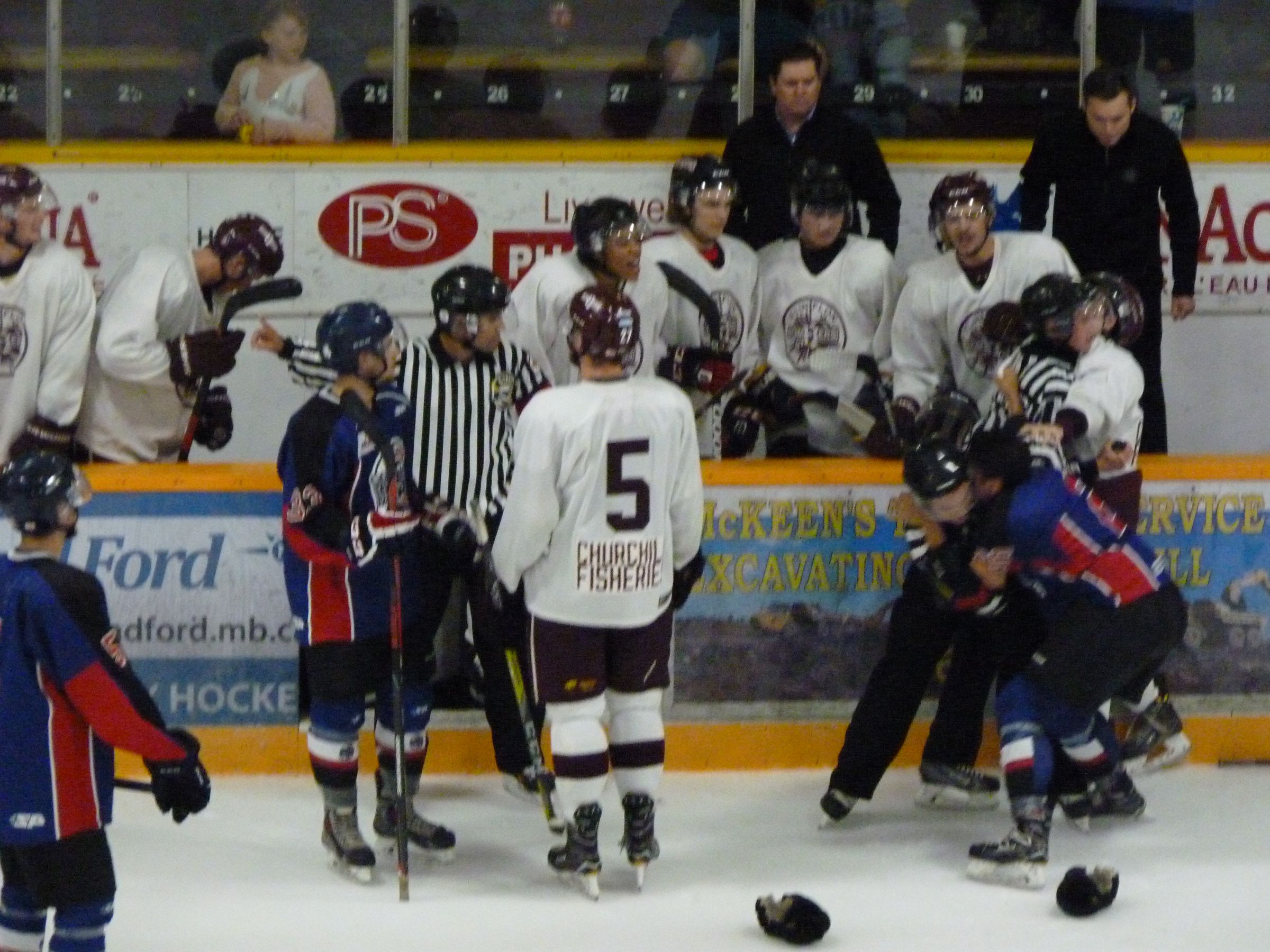 In the rematch that featured mostly vets, the Flin Flon Bombers put together a solid effort and held off a very determined OCN Blizzard squad 5-3 last night at the Whitney Forum.

Nick Shumlanski who is the top returning offensive Bomber forward had a tremendous night which saw Nick score the first two goals of the night including a nice tic tac toe play with Mckenzie and Daniels.

Daniels flipped a pass to Mckenzie who streaked down the right wing into the Blizzard zone,  and he fed a perfect pass to Shumlanski who fired a nice shot along the ice low stick side on Blizzard tender Matt Kustra.

Kurtis Rutledge got his first look in a Bomber uniform and he also had a 3 point night including a powerplay goal early in the third period.

Other Bomber goals came from Nate Hooper and  Crystopher Collins who continues to light it up with his 5th of the pre season.

Final shots were in the Bombers favor at 46-23. Veteran goaltender Brenden Newton who the Bombers are expecting big things from went the distance giving up 3 goals on 23 shots and I thought a pretty solid effort for his first look in the pre season.

OCN used the tandem of veteran Matt Kustra who started giving up 3 goals on 25 shots while rookie Dorian Laganiere looked good giving up 2 goals on 21 shots.

Flin Flon takes this battle of Northern Manitoba with a combined 12-3 score from the two games and will once again move to a best of 3 next season.

The Bombers improve to 3-1 in the pre season and still could face Laronge on Monday if the 106 highway re-opens. No word if they will look for another day if they can't play Monday.

I would think Laronge would  do what ever they could to play since they have yet to get a pre season game in and would like to get a look at what they have before the season starts on Friday.

Don't forget you can still sign up for the Bomber golf tournament tomorrow. Tee times start at 1 and it costs $75.00 which includes prizes, 9 holes of golf and a steak dinner. Each group will include a Bomber player and this is a big fund raiser for the team. 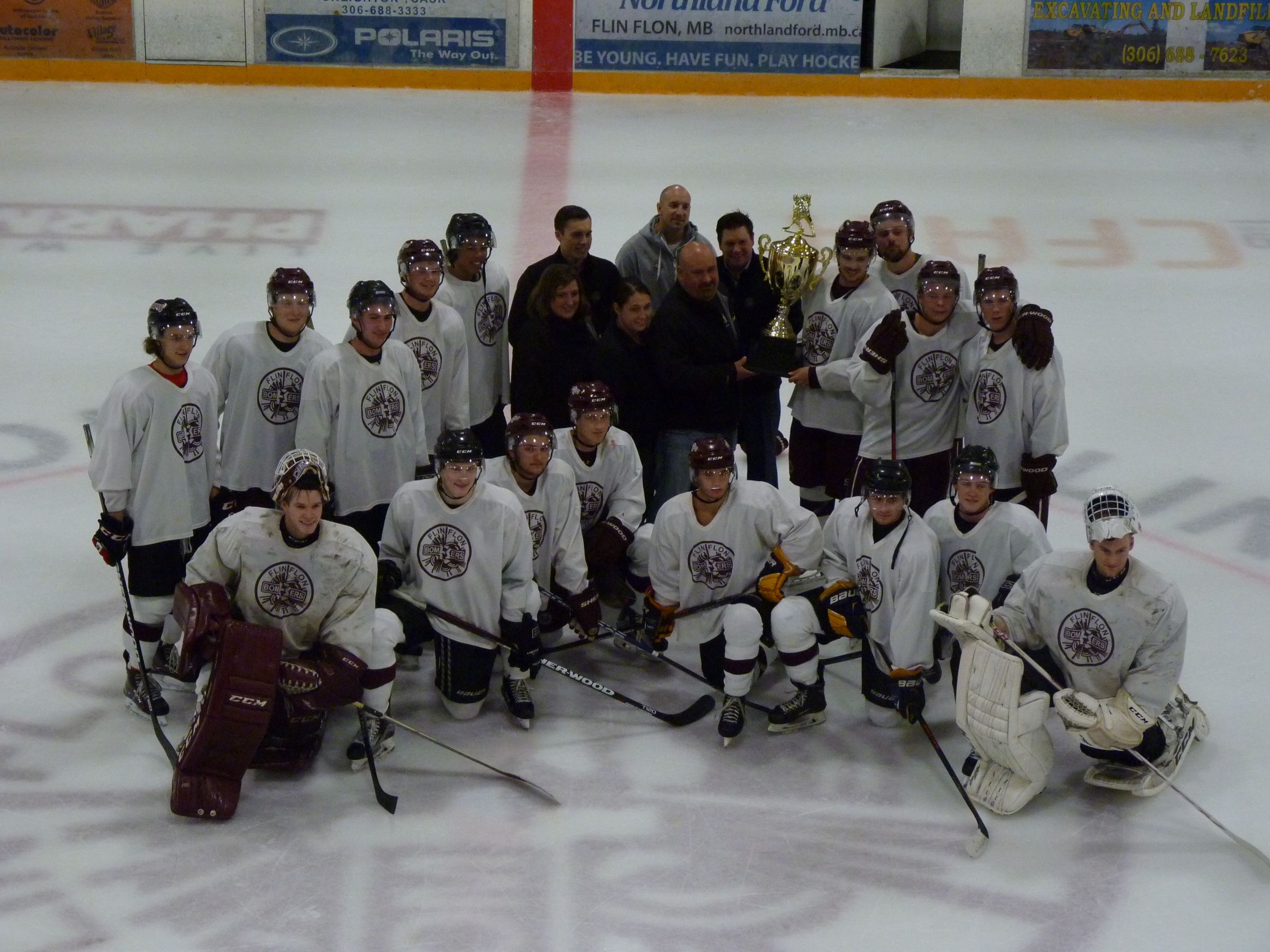