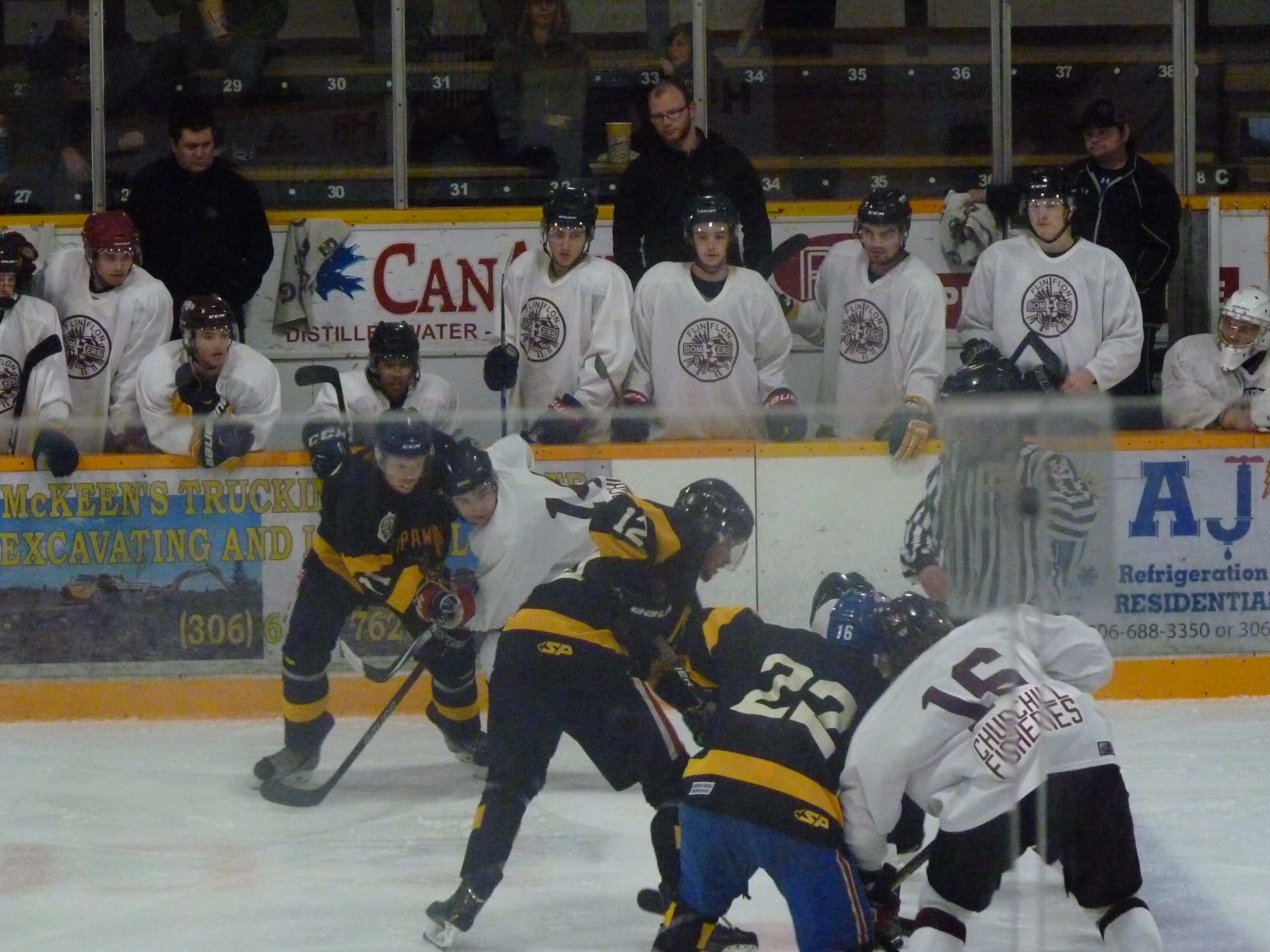 After coming from behind to beat the Nipawin Hawks 3-2 on Saturday, Nipawin returned the favor last night doubling the Bombers 6-3 at the Whitney Forum.

After opening up the scoring in the first period, on a powerplay goal from Montreal's Crystopher Collin, the Bombers had a tough time keeping the puck out of the back of their own net.

Nipawin would score three times before the first was over and took a 3-2 lead into the locker room after one.  The Hawks out scored the Bombers 2-1 in the second and led 5-3 after two before adding an insurance goal in the third for a 6-3 victory.

The game once again featured all rookies and a couple guys really looked impressive. The tandem from Quebec,  Chrystopher Collin added two goals while Donovan Villeneuve had a strong showing flying all over the ice and both players should be able to fill the void offensively up front this season.

A couple other guys who I thought looked good were Vaughan Bamford from Delta BC, who looked pretty  steady on the backend along with Calvon Boots from Fairbanks Alaska.

Once again the Bomber coaching staff are going to have some tough decisions to make as they continue to put the roster together for opening weekend September the 15th.

For a pre-season game I thought both teams moved the puck well and there was pretty good flow with a lot of good skaters both ways.

Jacob Siebenga from Surrey BC got the other Bomber goal last night. Doug Johnson and the Nipawin Hawks look to have done a good job scouting once again and had a number of impressive youngsters in their lineup.

Nipawin goals came from: Austin Mikesch and Jordan Simoneau who both had a pair with singles from Jeremy Bisson and Jayden Bexte.

Shots favored Flin Flon 37 to 27 and Chris Wielenga and Brayden Funk split last night's game between the pipes for the Bombers while the Hawks went with Jake Anthony and Lance Alm.

Flin Flon now sits at 1-1 in the pre-season and will be off to OCN for a Tuesday tilt with the Blizzard in the latest installment of the battle of Northern Manitoba. This will be the Blizzard's first pre season game with their camp wrapping up Sunday.

This rivaly is even more interesting this year with both teams going to the league final this past spring and Twin Motors has jumped on board with a trophy and cash for the winning team in the head to head matchups.

It will be decided in a goals for and against this year and go to a best of 3 next year. 102. 9 CFAR and flinflononline.com will have the call from the GLMC including the Murray GM Pre- Game Show at 6:45.