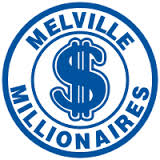 After splitting a pair of games in Warman at the Showcase earlier this week, the Flin Flon Bombers return to the Whitney Forum to face the Melville Millionaires in a weekend set.

The Bombers sit alone in first place in the Sherwood Division at 4-1-1-0 with 9 points and are just 1 point behind Humboldt for first overall.

Flin Flon hopes to take momentum into their weekend series against Melville after beating Yorkton in a shootout at the Showcase on Tuesday courtesy of Dondre Watson's first career SJHL hattrick.

Watson has been nothing short of explosive picking up 8 goals in 6 games to lead the league in goals and is second in overall points with 9. Kristian St. Onge has also been hot picking up 5 goals so far in 6 games with strong contributions also coming  from Brandon Lesko and Rylee Zimmer.

Melville started the season slow with 3 straight losses,  but have picked it up winning 3 in a row including wins at the Showcase over Humboldt and Battleford.

The biggest news for Melville entering the season is long time coach and gm Jamie Feisel has moved on handing over the reigns to former Hawk assistant Devin Windle.

For me it will be very weird not seeing Feisel behind the Mills bench as he is the one you automatically think of any time you discuss Melville, but it show's that nothing lasts forever. This will be a huge loss for the league as Feisel is one of those guys you can't wait to see to talk hockey or anything else for that matter.

I hope he resurfaces in our league one day as Jamie is a top quality individual who our league could really use as an ambassador and his humour and positive attitude will be missed from SJHL rinks.

Mike Reagan is currently on a scouting trip in Alberta where he has had a lot of success in the past acquiring players like Alex Smith, Joel Kocur, Devon Buffalo and Devin Mitzner just to name a few.

Reagan will return to the Bomber bench for tomorrow night's game.

The Mills are a team that does not score a lot and only have 14 in their first 6 games and do not have a single player in the top 20. Flin Flon have 4.

Melville is pretty good defensively only giving up 17 goals while the Bombers have given up 19.

No broadcast tonight, but we return to the air waves for Saturday including the Murray GM Coach's Show at 7:15 and play by play at 7:30.