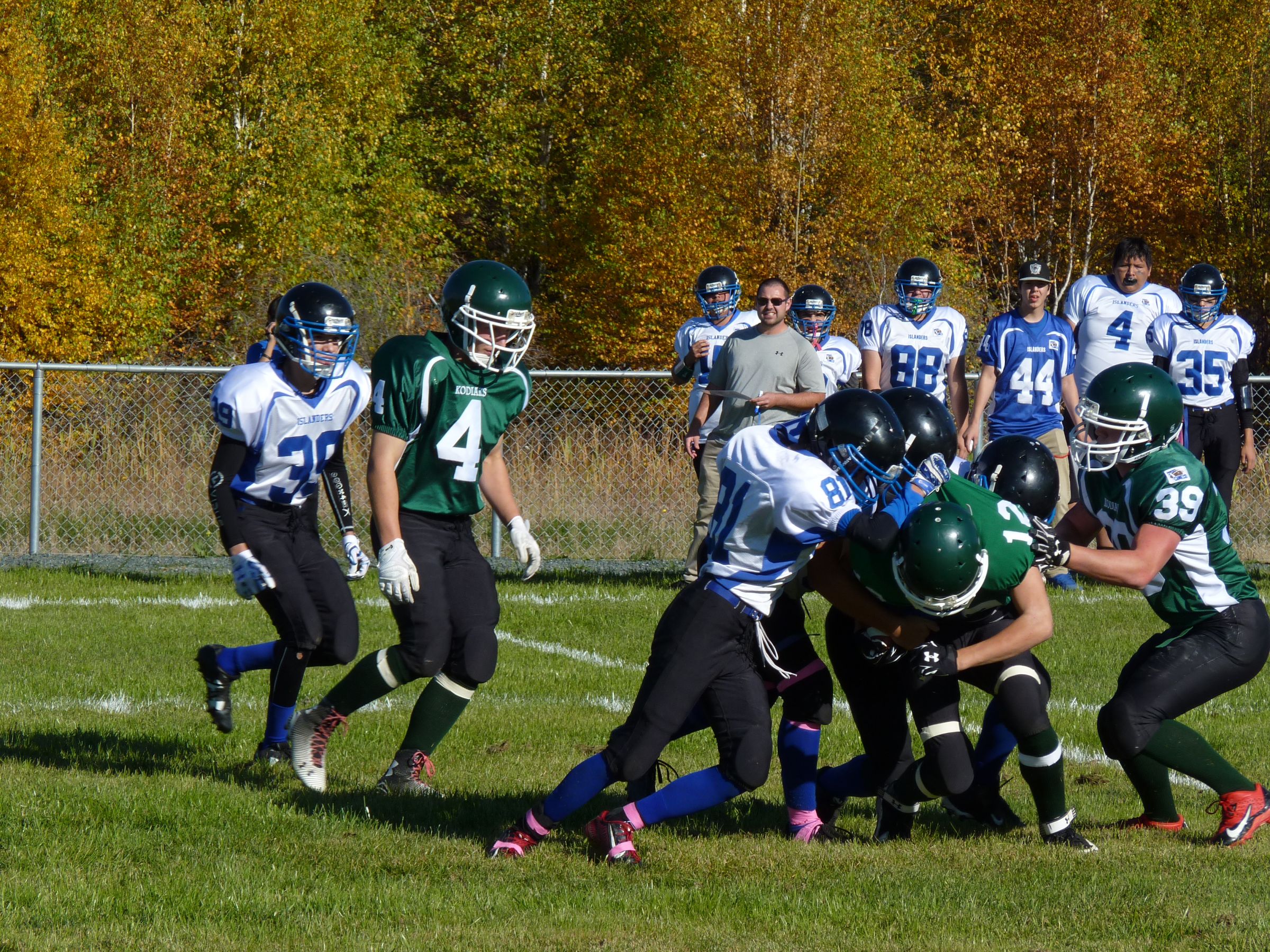 It was a better effort but unfortunately the same  result for the Creighton Kodiaks 6 man football team, who dropped a 57-26 decision to the Cumberland House Islanders, spoiling the Kodiaks home opener.

After giving up a quick touchdown to start the game, the Kodiaks settled down and scored a couple of touchdowns to take the lead 14-6 after 1 quarter. Tristan Stomp and Logan Schanowski both scored on 1 yard plunges into the end zone.

Cumberland House shook that off and scored a couple of touchdowns in the second quarter and took a 20-14 lead into half time.

The Cumberland running attack took over in the third and they would score three more touchdowns on the strength of Keith Fiddler who broke away twice with romps of over 50 and 60 yards.

Creighton quaterback Bailey Eastman scored the lone Kodiak touchdown in the third, to pull his team within 15 points at 35-20 after three.

Cumberland's defense was a factor all game especially in the fourth quarter, when they intercepted a couple passes and recovered a fumble out scoring the Kodiaks 22-6  en route to the 57-26 win.

The lone touchdown from the Kodiaks in the fourth quater came from Jordan Schanowski who scored on a 20 yard run to give Creighton one last gasp.

The Kodiaks moved the ball down field but turned it over on their final 3 possesions and ended up with 7 total turnovers in the game compared to just 3 for Cumberland House.

Head Coach Ryan Karkakochuk had this to say after the game. "They picked up on a lot of our runs and adjusted well and in all honestly they did what they had to do. They have a lot of grade 12's on that team and they have a lot of power and we were not able to get off the line with the ball like we have done in past years but our guys played well and I am proud of them."

Cumberland House improves to 2-0 while the Kodiaks slip to 0-2. Creighton will get a bye next week before travelling to Laronge to take on  Churchill  Thursday October the 6th befrore closing out the season October the 11th at home.