An Awareness Walk was Held Wednesday Afternoon for the 11th Year.
The Updated COVID-19 Vaccine Will Be Available in Flin Flon Next Week.
OCN Storm 7 PBCN Selects 5
Kodiaks Host Sandy Bay On Friday
Weekly Auction: KFC- BIDDING ON A BUCKET - $55 VALUE
The Celebrations Calendar - Send a special occasions greeting!!
Listen LIVE here - or ask to Play CFAR on your smart device! We are also on the free Simple Radio App! 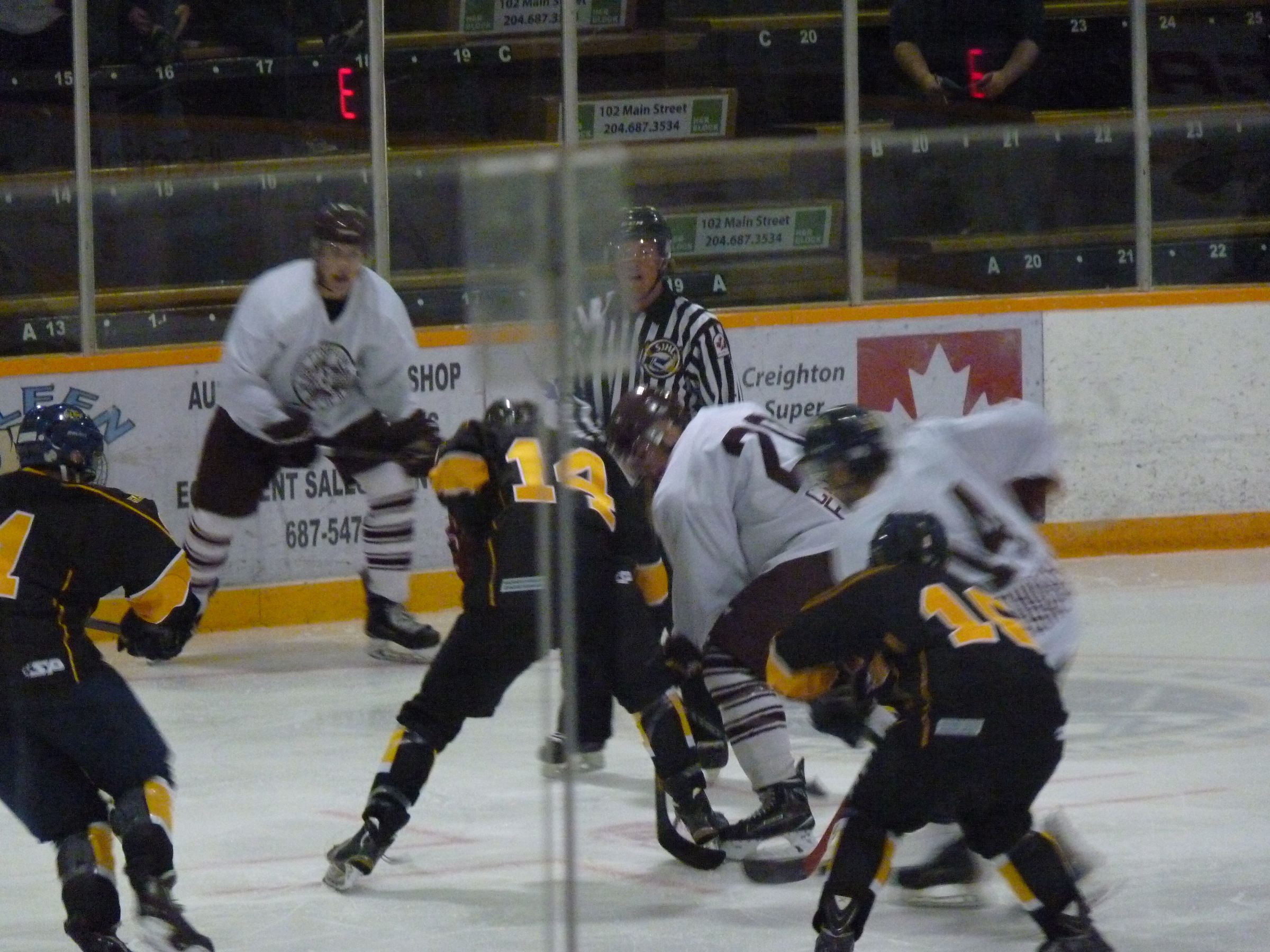 It might only be the pre-season but the Flin Flon Bombers are 2-0 after a couple of tough matchups against the Nipawin Hawks.

Flin Flon rookies went into the Cage on Saturday and knocked off the Hawk rookies 5-4 on a Brody Madarash hat trick. Brody played for the Beardy's Blackhawks the past couple of seasons and is the son of former Flin Flonner and Bomber Tim Madarsh,  who by the way is the Bombers all time leading scorer since their re-entry into the SJHL.

The two teams would get it on again at the Forum last night and this time it was the Hawks coming out like a house on fire building  up a 3-0 lead after 2 on goals from Winch and a pair from Olson.

Flin Flon responded and came out and scored four  unanswered in the third period  en route to the 4-3 victory.

It all started when new comer Dondre Watson broke in alone on Hawk goalie Barabash and made a nice move to get the Bombers on the board just 48 seconds into the final frame.

Lacoursiere fired a nice shot from the point that made it's way through traffic and got the Bombers to within one at 3-2. That was a powerplay goal.

Zimmer scored the prettiest goal of the night to tie the game when he took a sweet  pass from Watson and out waited Barabash and tucked it underneath his fallen body to deadlock the score at 3 with six and a half minutes remaining.

Veteran Brandon Lesko scored the winner when he bolted down the wing and fired it into the top right hand corner to complete the comeback and send the Bomber to their second pre season win 4-3.

Final shots were 38-34 in favour of Nipawin.

The Bombers played 3 goalies including Newbury who stopped 10 out of 12, Delbridge stopped 16 out of 17 and the veteran Robidoux came in the third and stopped all 9 shots he faced.

Weber suited up for 56 games for Fort Mac last season  and ended up with 23 points including 13 goals.

This is what Mike Reagan had to say about the trade.

" Curtis was a warrior for us in the playoffs last season and I am sure there are a lot of people out there that are shaking  their heads as to why we would move our no.1 defenseman but we have our reasons and we are going to keep them internal and wish Curtis all the best.  In Shawn Weber we are getting a guy who scored 13 goals as an 18 year old and we think he will be able to score 20 goals and add 25 assists and also  bring us some experience and is a real character guy. We are excited about the trade and have a veteran d-core and feel comfortable with where we are at and have added a guy that will hopefully be able to get us two more wins than last year."

The Bombers will wrap up the pre-season with a home and home against  the MJHL'S OCN Blizzard with the first game set to go at the GLMC, Tuesday at 7 and the rematch Friday in Flin Flon at 7:30.