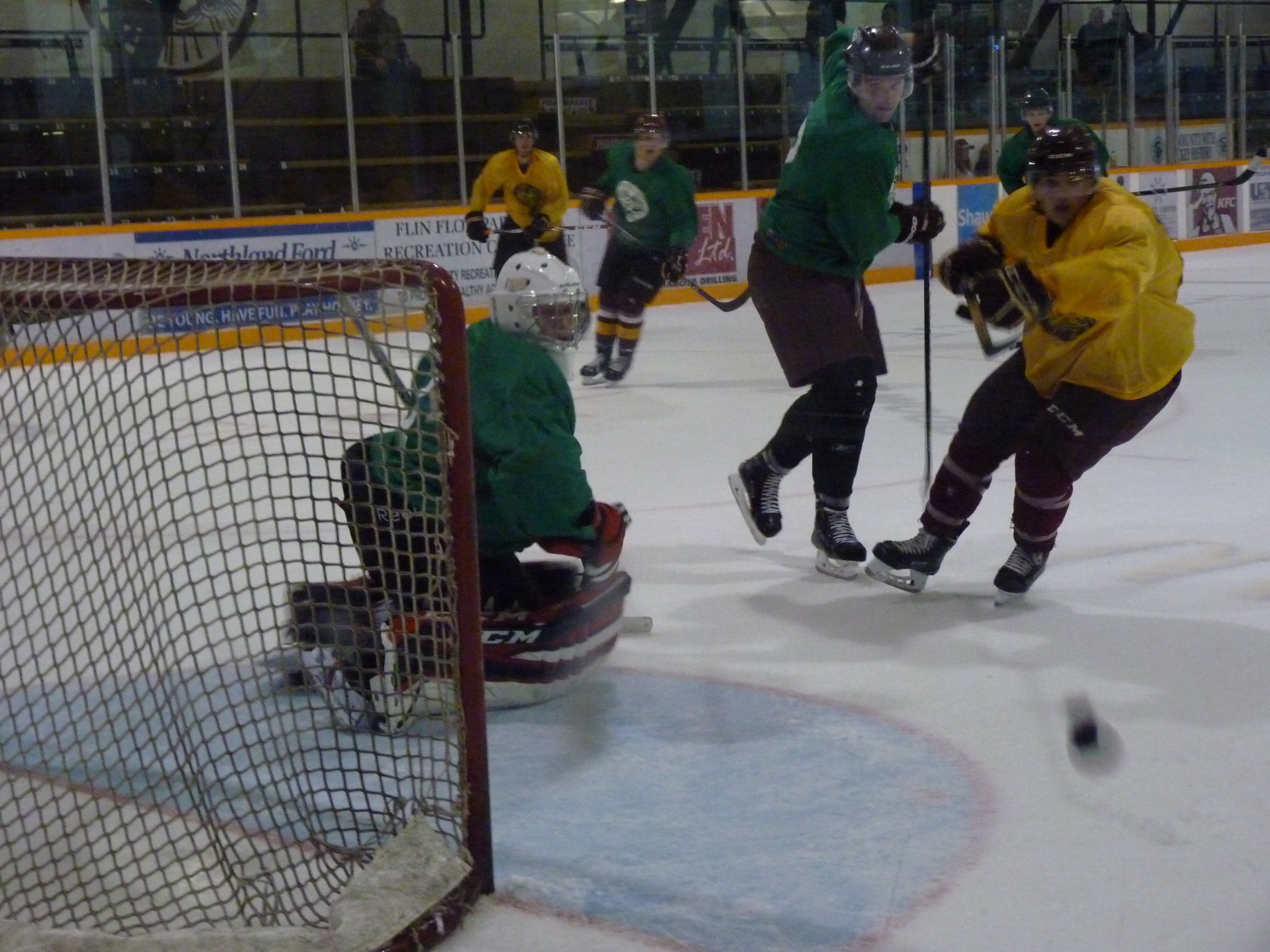 Flin Flon Bomber Main Camp continues today at the Whitney Forum with a Prospects/Rookie game at 11 AM and the annual intrasquad game tonight at 7:30.

I had a chance to check out some of the action yesterday and the one big thing that jumped out at me is the speed of this year's camp.

Newcomers like Owen Ozar, Evan Katelnikov and Connor Beebe have all impressed so far, and returning vets Ben Lanfermann, Greyson Reitmeier and Brandon Lesko all look like they are ready for the season.

We caught up to Mike Reagan last night and he shared some of his thoughts on this year's camp.

"We are pretty happy with day 1, a long day for a lot of these kids. They practised in the morning and played a couple of games tonight , the energy was there and I liked the speed and pace of the game and thought it was pretty entertaining."

I also asked  Mike how he will trim down the roster as they approach exhibition.

" We are going to narrow our numbers down and get our draft picks in the rookie game against Nipawin Saturday. We have a pretty good idea on the group of guys we want to select from, in saying that we have the prospects and rookie game and we will go from there."

Don't forget the Maroon and White game will be tonight at 7:30, then the Bombers will play Nipawin in a pair of exhibition games this weekend including the all rookie game in Nipawin Saturday at 8:30 MB time.

The return game is at the Whitney Forum this Sunday starting at 7PM.