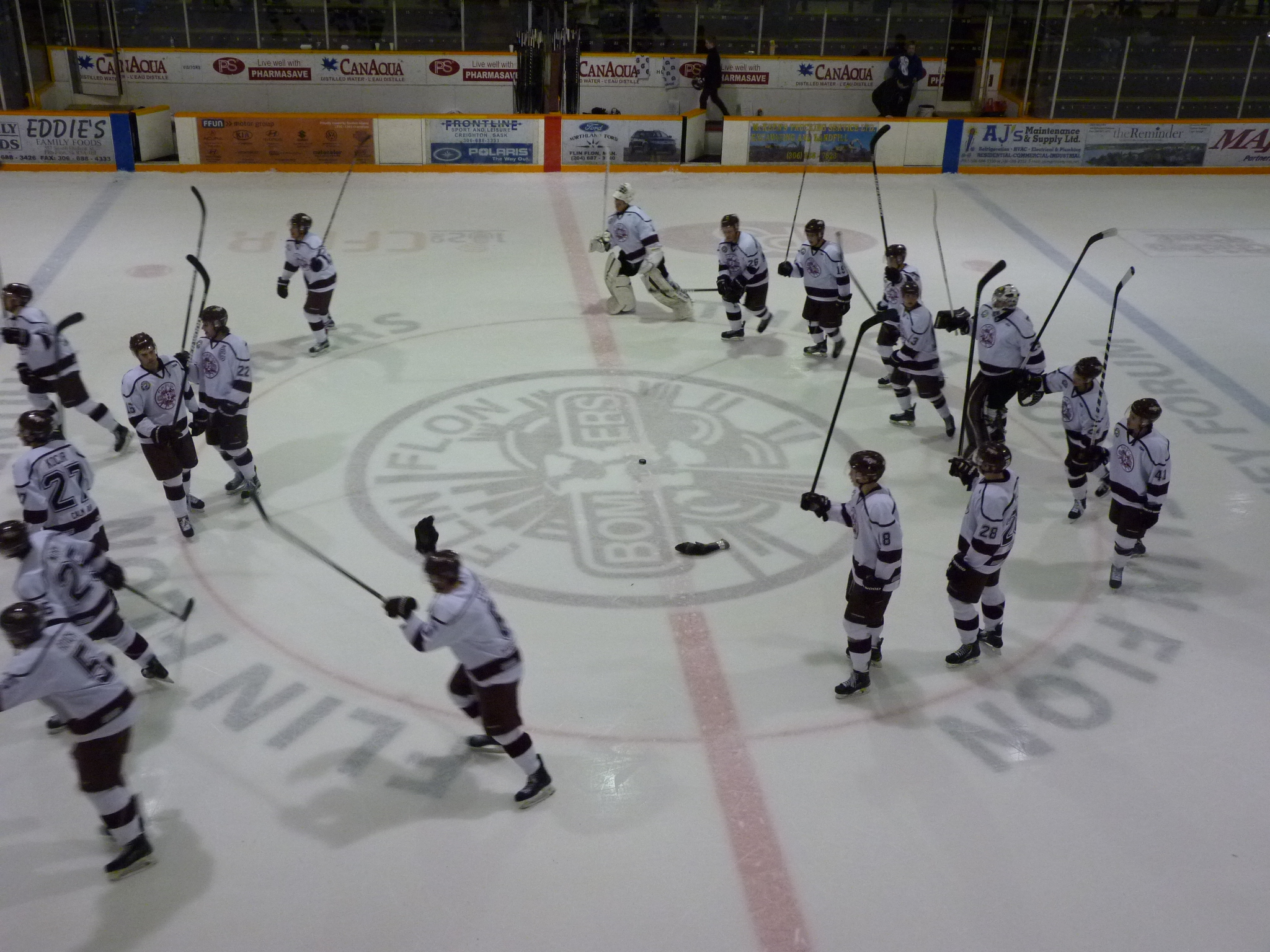 The Flin Flon Bombers came out and controlled Notre Dame from start to finish and powered to their 31st victory of the season Saturday, winning 3-0.

Alex Smith opened the scoring at 13:29 of the opening period on the power play and the Bombers didn't look back.

Kristian St.Onge broke in alone on Alexi Thibaudeau and buried a nice shot low glove hand,  to put the Bombers up 2-0  mid way through the second.

Smith would score his second of the night and 30th of the year, when he converted a beautiful pass from Joel Kocur, streaking to the front of the Hound net to re-direct the puck perfectly under the cross bar.

This would make it 3-0 after 2, and no goals were scored in the third period.

Zac Robidoux made 26 saves for his fourth shut out of the year, which has him tied for the league lead with Taryn Kotchorek of the Battleford Stars.

With Smith hitting 30 goals, he is the third player from the maroon and white to hit that plateau and is just the 7th player in the league to do so.

Flin Flon  improves to 31-17-0-4 and are having a tough time picking up ground on Nipawin for second in the Sherwood and fourth overall. The Bombers remain 3 points behind the Hawks and they do have a game in hand.

Flin Flon have 6 games remaining in the regular season and may have to go at it without one of the most talented players in the league ,  Brandon Switzer who is nursing an undisclosed injury and is being evaluated by doctors. Mik Reagan say's they should know something by Tuesday.

Next up is the Laronge Ice Wolves who are headed to the post season for the first time in 3 years. The Ice Wolves will be in Flin Flon Tuesday playing some good hockey, beating some good teams including Weyburn on their recent southern road swing.

Flin Flon leads the season series 4-1, although the Ice Wolves did get it to a shoot out in their last meeting January the 30th. Game time is 7:30 at the Whitney Forum.

No broadcast of this game but we will have both from Battleford on Friday and Saturday.