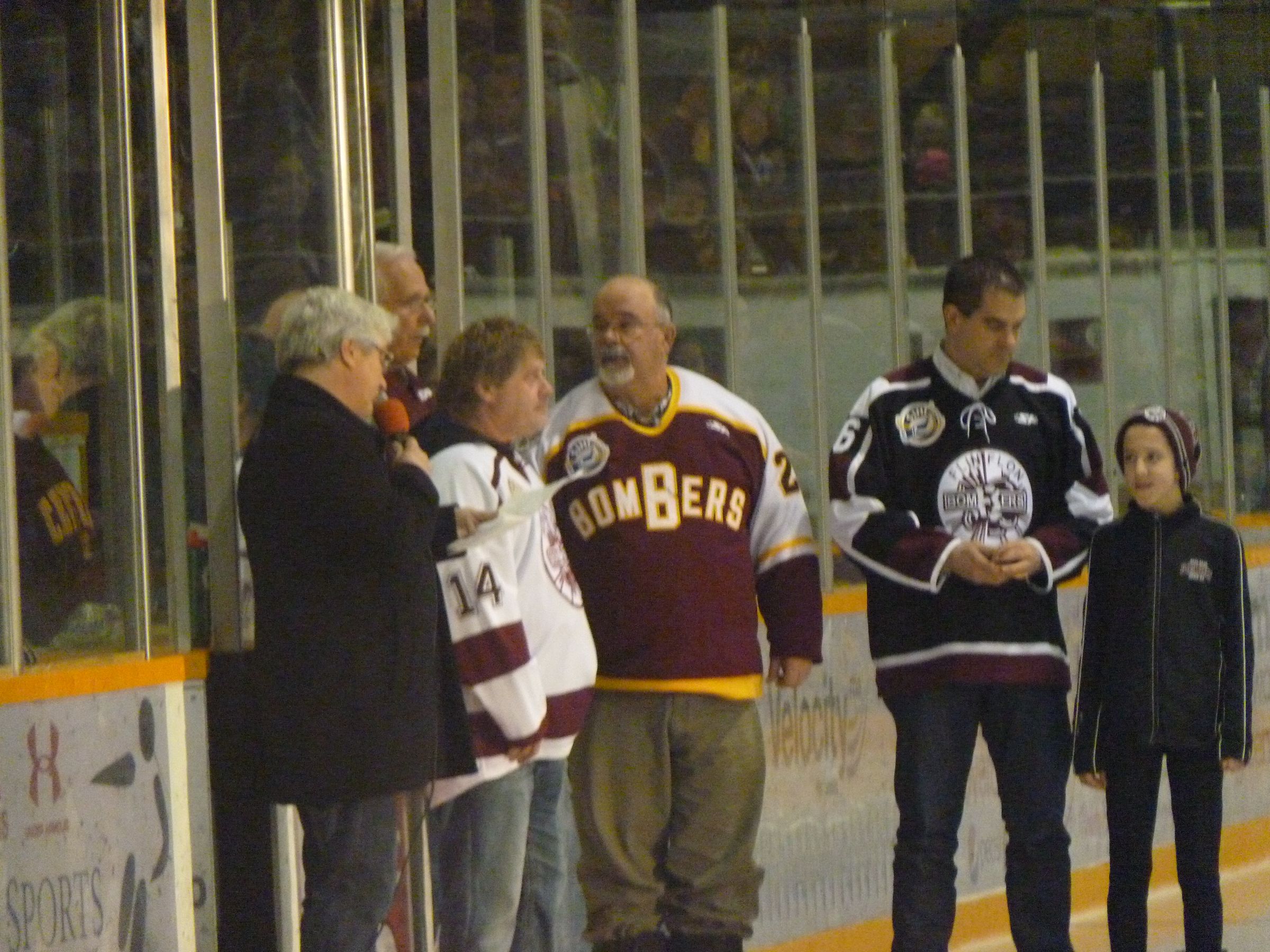 The Flin Flon Bombers got back on the winning track, coming from behind to beat the Laronge Ice Wolves 3-2 in OT Saturday.

Weyburn handed the Bombers their second straight loss 4-3 Friday to the dismay of the 1,700 plus in attendance for Hockey Night In The North.

Again a big thanks to Hudbay, The City Of Flin Flon, Town Of Creighton and the Village Of Denare Beach for bringing this great event to our communities and giving everyone a chance to come to the game for free.

After the excitement from  the night before the Bombers had to deal with something they hadn't faced since mid November and that was a 2 game losing streak. I thought the Bombers looked sluggish and did not come out of the gate well.

Despite an average first period it was scoreless after 1. Tyson Empey opened the scoring at 5:47 of the second period when he scored  from a weird angle behind the Ice Wolf net. The Bomber lead would be short lived as Laronge would catch fire on the power play.

Mitch Foyle picked up a double minor for spearing and the Wolves struck twice on goals from Prouty and Painchaud to give Laronge a 2-1 lead after 2.

Flin Flon came out with a great third period out shooting the Wolves 17-8 and tied the game when Alex Smith collected his 26th of the year on a nice deek 4:30 into the final frame.

Kris Joyce was nothing short of spectacular yet again and was able to keep the Bombers at bay for the rest of the third and got his team to OT.

You make a mistake with any of the Bomber big gunners on the ice and they are going to make you pay. That is exactly what happened when Bryce Fiske blew a tire at his own blue line, and Joel Kocur grabbed the loose puck and broke down the ice and tucked it in,  five hole on Joyce for the win.

It was Kocur's 30th goal of the year and he is the fourth player in the league to hit 30. His team mate Brandon Switzer is one of the other 3.

Flin Flon out shot Laronge 55-29, and even though Brenden Newton wasn't as busy as Joyce, he did make the big saves when he had to. It may not have been pretty but good teams find ways to win ugly games.

The Bombers are 27-15-0-4 and remain 1 point up on Nipawin for second in the Sherwood and fourth overall. Flin Flon remains 7 points behind Melfort with 2 games in hand

Even more impressive is the Bombers are 10-3 against teams in the Sherwood Division.

Flin Flon will now get a 5 day break before hosting Humboldt and Kindersley this weekend, with 102.9 CFAR broadcasting Saturday's game.