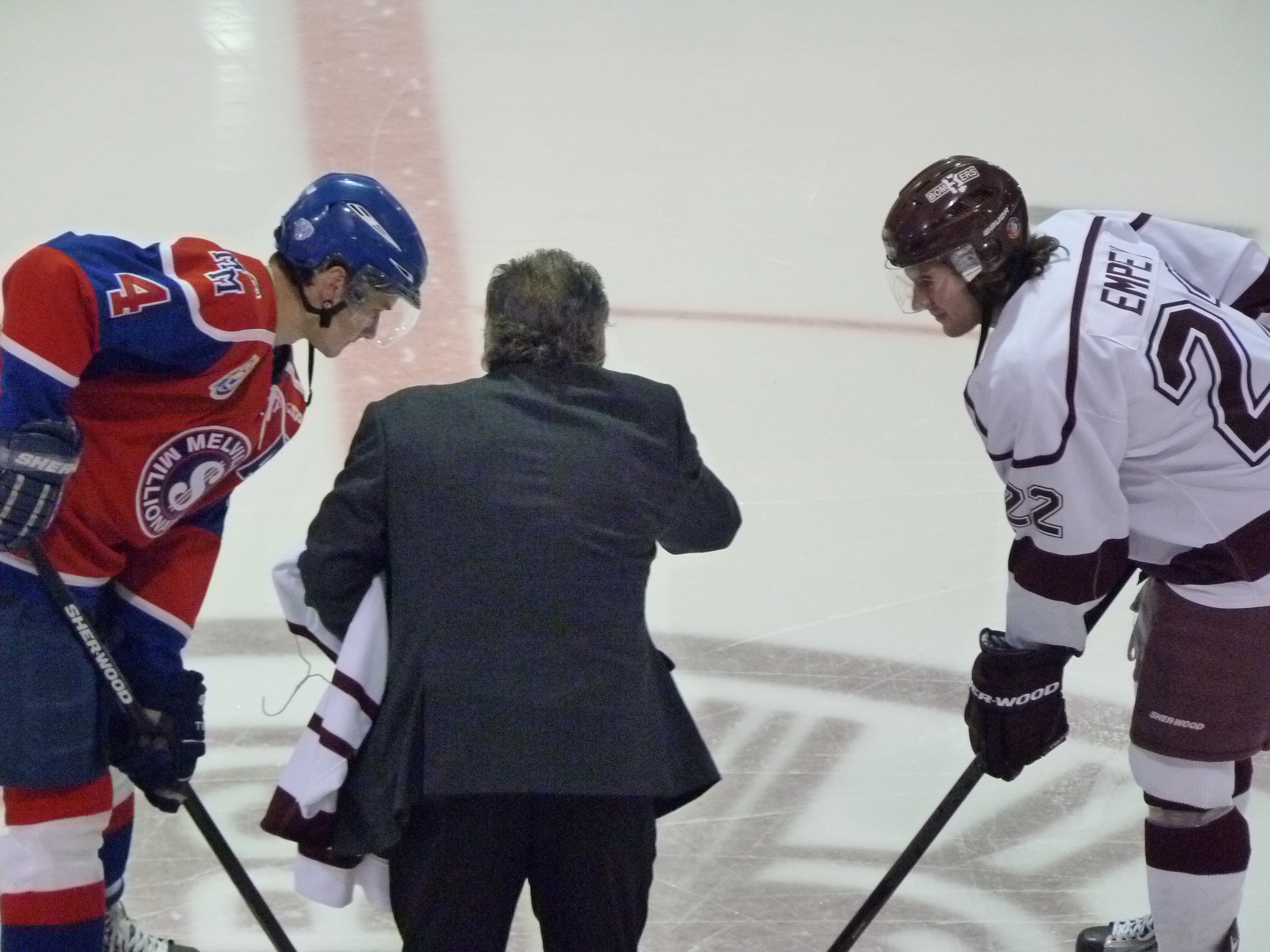 I don't know if it was the fact that the Riverton Rifle was in the building or the fact that Melville had beaten the Bombers twice this season , but the Flin Flon Bombers may have played one of their best games in recent memory Saturday.

The first period might be the best I have ever seen the Bombers play as they stormed out to a 5-0 lead after 1 on goals from: Switzer, Masson, Shumlanski and 2 from Kocur.

Melville had no answer for the Bombers speed and Jamie Fiesel looked helpless on the Mills bench as Flin Flon absolutely took it to them.

The offense cooled off in the second with just 1 goal from Kocur who completed his hat-trick and also scored his team leading 20th of the season. Kocur streaked to the front  of the net and tapped in a nice pass from Switzer.

The no.1 line was impressive again combining for 12 points in the game, 4 each from Switzer, Kocur and Smith.

Kristian St.Onge added a short handed goal early in the third as Flin Flon took the game 7-0 for their 4th straight win and 8th in their last 10.

Zac Robidoux was back between the pipes and stopped all 35 shots fired in his direction and picked up his third shut out of the season.

With the win the Bombers improve to 15-12-0-4, good for 34 points and still trail Laronge by 3 points for third in the Sherwood and will head to Laronge to kick off a 4 game in 5 night road trip Wednesday.

It was great to welcome Bomber legend  Reggie Leach back to Flin Flon for his book signing this past weekend. The library was packed and some people had to wait hours in line but it was worth it to get a copy of his book and talk to a fine gentleman.

The book is dedicated to Reggie's grandchildren and contains lots of great stories about hockey both on and off the ice and is a must read. Reggie was overwhelmed by the response and sold way over 300 books and signed lots of other  memorobillia as well. He had blisters on his fingers Saturday night from signing so much stuff and he loved it.

The Bombers had a nice ceremony for Reggie before the game Saturday, in which Reggie dropped the puck and was presented with a Bomber jersey. We interviewed Reggie in the second intermission on 102.9 CFAR and talked a lot about his days in a Bomber uniform. I will upload that interview the next couple of days and post it here on my blog just in case you missed it.

Gary Childerhose and Chris Bortis continue to do a good job looking after the team while Mike Reagan is away for the World JR.A Challenge and won all 4 on their recent home stand.

Flin Flon will now hit the road for 4 games in 5 nights starting Wednesday in Laronge as they get set to close down 2015. No broadcasts on this trip as I am going to take some time to rest and get ready for a busy 2016.

I would like to take this time to wish you a Merry Christmas and Happy New Year and look forward to seeing you at various rinks around the SJHL in the new year.