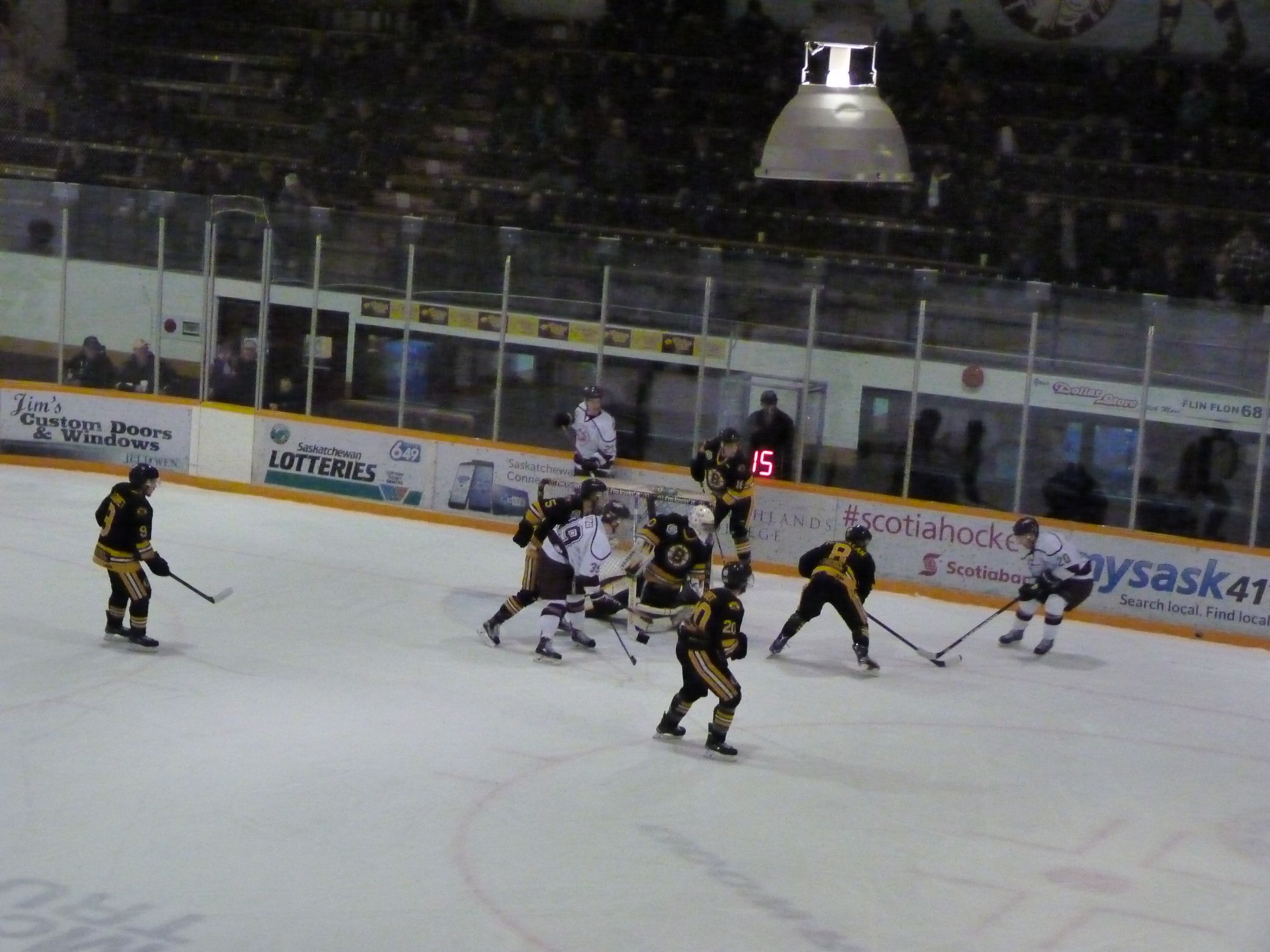 The Flin Flon Bombers exploded for 14 goals and picked up back to back wins over Estevan and Nipawin this past weekend.

The Maroon and White looked good Friday taking it to division rival Nipawin 6-0 on the strength of 2 Joel Kocur goals to give him a team leading 17 on the year. Hayward also scored a pair with other goals coming from Switzer and ST.Onge.

The Bombers have now out scored the Hawks 10-0 in the last 2 meetings and are just 6 points behind them for second in the Sherwood and have 2 games in hand. Zac Robidoux stopped all 32 shots for his second straight shut out of the Hawks. Robidoux is off to Leduc to try and grab a spot for Canada West and is one of 7 SJHL players trying to make the team.

Mike Reagan will be the assistant coach for the event which will take place in Ontario next month.

Flin Flon continued their dominance over Estevan beating them for the third time this season 8-3 on Saturday.

The Bruins looked good taking a 1-0 lead after 1 on a goal by Laclare who fired his 12th past Brenden Newton on the PP at 11:50.

It was all Flin Flon after that as they scored 4 goals in the second from Lesko, Smith and 2 from new comer Rylee Zimmer, playing just his second game in a Bomber uniform. The Bombers would also add 4 more in the third from Reitmeier, Lavallee, Switzer and Hayward.

The Bruins would get a couple more goals from Paxman and Deroose, but took way too many penaltys including a match from Deroose late in the game.

After the weekend the Bomber record stands at: 13-12-0-4 and have won 7 out of their last 10 and are above.500 for the first time this season. This was the goal from the Bomber coaching staff heading into the weekend.

The Bombers are also chasing down Laronge for third in the division and are only 3 points behind the Ice Wolves, and both teams have played 29 games.

After the two game explosion, Flin Flon becomes the 5th team in the league to hit 100 goals and all of a sudden are ranked 5th in the league in goals for and are having a fun time filling the back of the net. They have struggled all season to score, but are starting to get secondary scoring and are slowly starting to become a legitimate contender again.

It was nice to see Brenden Newton have a strong game Saturday picking up his third win of the season and has his save % back to over 900 at .908. Newton has had a tough time getting starts with the strong play of Robidoux.

The homestand will continue this weekend with the Bombers welcoming Yorkton and Melville to town this Friday and Saturday. 102.9 CFAR will have the broadcast of Saturday's game.