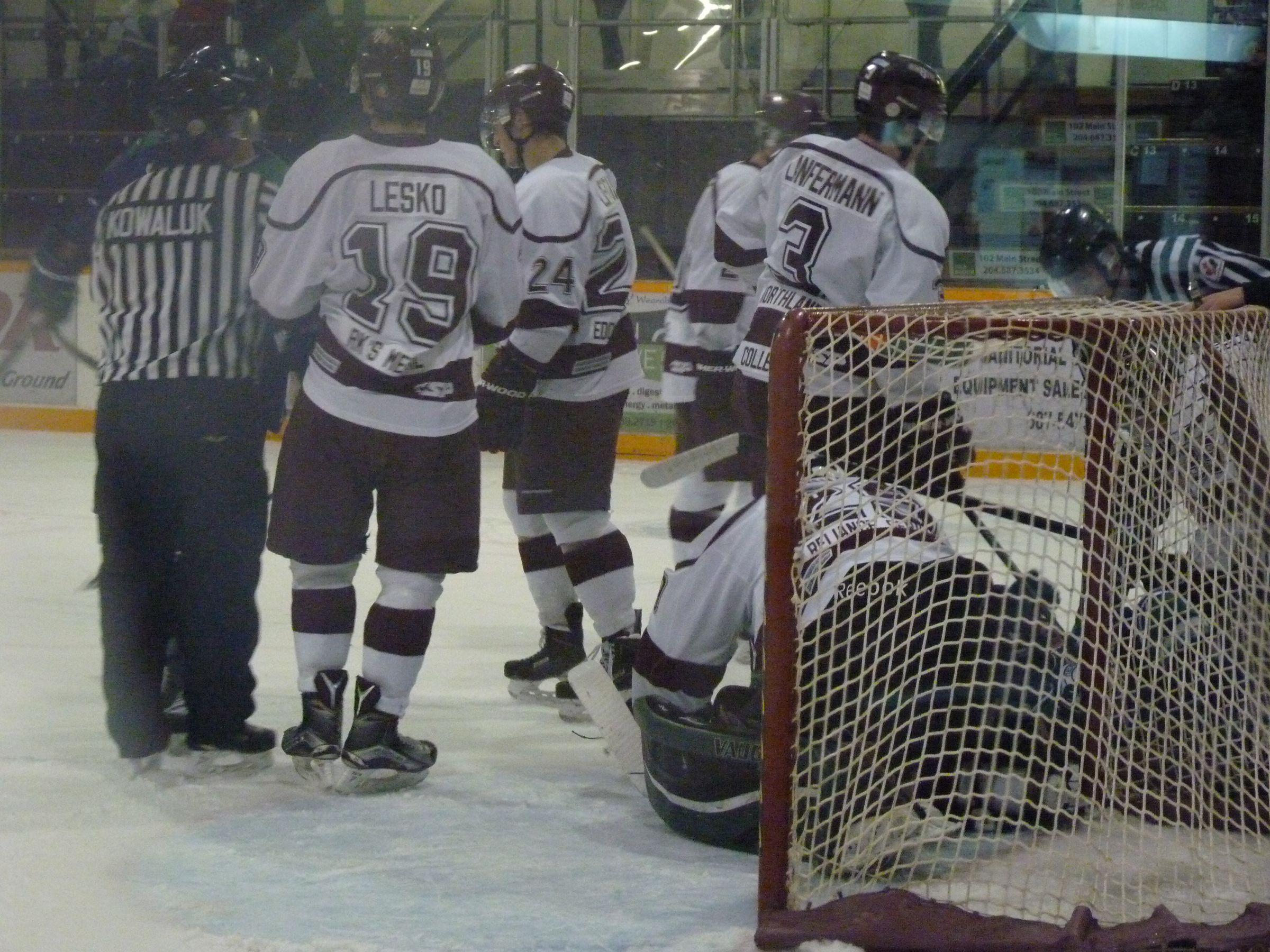 Mike Reagan called it the most complete game of the season for his team as the Bombers picked up a 4-3  win over the defending league champion Melfort Mustangs.

The Mustangs opened up the scoring at 11:39 of the opening period,  when SJ scoring leader Travis Mayan picked up his 18th of the season.

Flin Flon answered that when the red hot Alex Smith scored his 6th goal in the last 3 games, firing a nice wrist shot past Richard Palmer at 14:58 on the PP.

Melfort would jump out 2-1, when Boutin scored a late powerplay goal, with only 28 seconds remaining in the period.

Despite being down 2-1 after 1, the Bombers had a good opening frame and generated a lot of good chances.

Tyson Empey scored a nice goal to tie it, when he took a nice feed from Joel Kocur and buried his third of the year. It was 2-2 after 2.

The Bombers took their first lead early in the third when Brandon Switzer picked up his 8th of the year, re-directing a shot from Empey.

Flin Flon then got the insurance goal from Reitmeier who collected his fourth of the year. Reitmeier has been a nice addition coming over from Melville and besides being a big physical body, has been able to contribute offensively.

Reitmeier's goal proved to be huge, because Mayan would pick up his second of the night and 19th of the season as the Stangs would pull within 1 at  4-3 with just over 2 minutes remaining.

The Bombers would hold on and picked up their 6th win of the season and first over a Sherwood opponent.

Zac Robidoux has found a groove and was good again last night stopping 36 out of 39 shots and is 2-1 in his last 3 starts.

The home and home switches to Melfort tonight, where the Bombers almost pulled out a win earlier in the season, holding the Mustangs off the score sheet for most of the night.

Heading into tonight the Bombers are: 6-9-0-3, tied with Laronge for third in the Sherwood with 15 points and both teams have played 18 games.