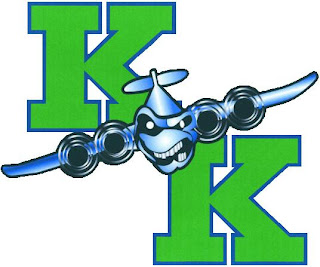 The Flin Flon Bombers return to the Whitney Forum to host the Kindersley Klippers in a pair of games this weekend.

The Bombers are winless in their last two games after dropping a 3-2 shootout to Weyburn and a 4-3 set back to Notre Dame at the Show Case.

Flin Flon sits with a record of 1-4-0-2, 1 point behind Laronge for third in the Sherwood Division.

Kindersley split a pair of games at the Show Case and are 4-3, sit third in the Finning Division just 1 point behind Notre Dame for second.

There are 2 Bombers in the top 20 in league scoring including Brandon Switzer and Alex Smith who both have 10 points. The top Klipper point getters are Cody Young and Carson Pickett who both have 7 points.

Both these teams stack up very evenly with the Bombers scoring 24 times and giving up 28 in 7 games. Kindersley have scored 25 and given up 28.

This is the first meeting of the season and there should be a great atmosphere with it being Thanksgiving weekend and hopefully a lot of students in attendance seeing their first Bomber game of the season. It is also parents weekend.

Our broadcast schedule has us doing tomorrow night's game but we have moved it to tonight due to a scheduling conflict. Join us for all the action including the Murray GM Coach's Show starting at 7:15 play by play at 7:30.