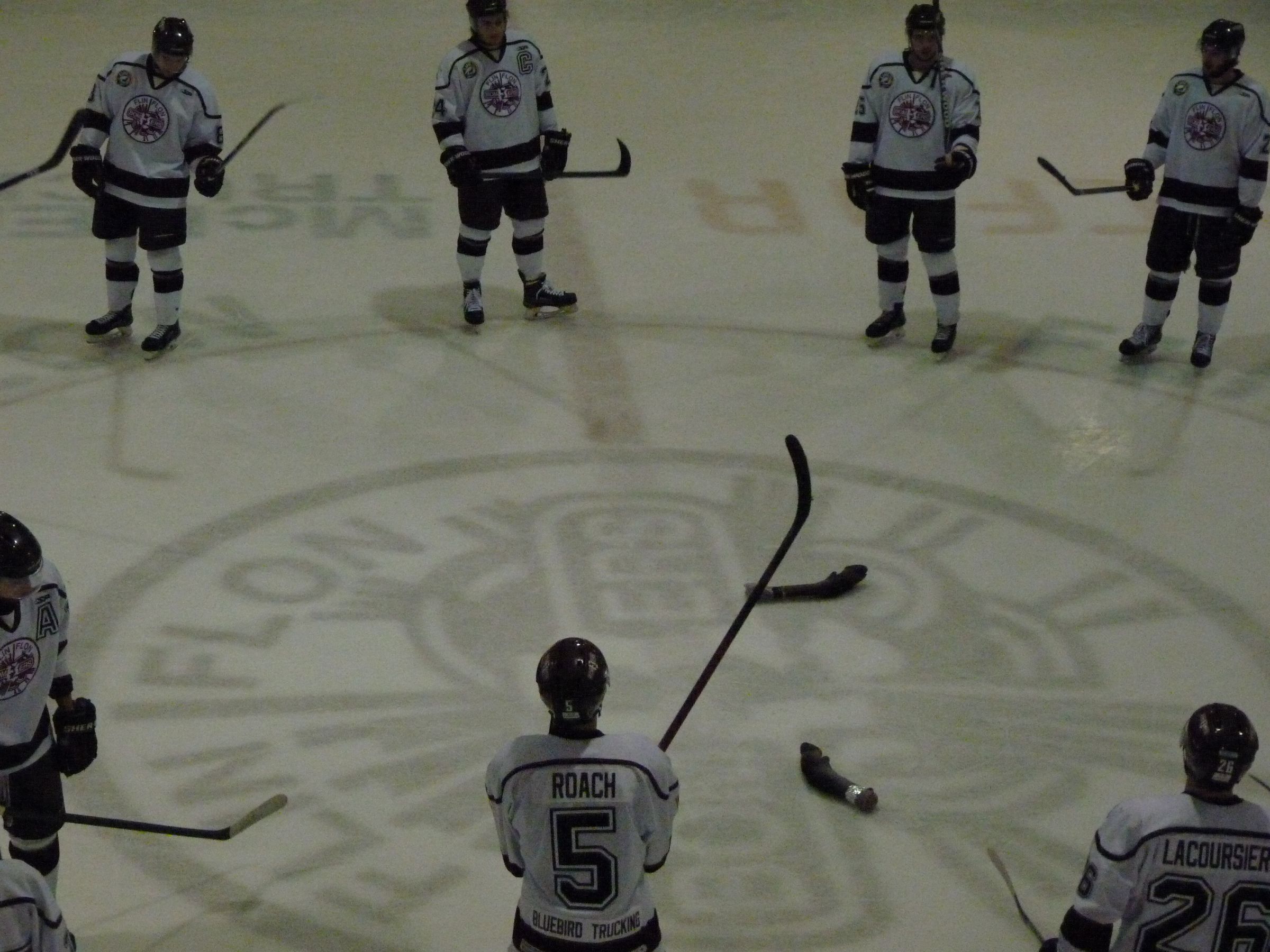 Just what the doctor ordered for the Bombers Sunday night, a convincing 7-1 win over the Notre Dame Hounds and now a chance to wrap it all up in Wilcox Tuesday.

With their backs against the wall, the Bombers came out on a mission and fired 62 shots at the tandem of Alexi Thibaudeau and Benjamin Patt and took it to the Hounds for the entire 60 minutes.

Notre Dame looked tired and didn't have an answer for the Bomber attack which was relentless and in their faces all night long.

Brett Kitt  opened up the scoring at 6:37 of the opening period and Flin Flon never looked back. Joel Kocur added his third of the series, 7 minutes later  and Brett Boehm picked up a nice rebound a minute after that to make it 3-0 after one. This was the one thing the Bombers couldn't do in game 5 after a good start, was deliver the knock out punch.

Flin Flon came out in the second period with lots of confidence and added two more goals from Chartrand his first of the series and another goal from Boehm on the pp. Anderson would add his 5th of the series for the Hounds when he got in behind the defense and beat Simon Hofley up high on the right side. This was the only goal for the Hounds as all their top players were non factors on this night.

We got our first look at Hound backup goalie Benjamin Patt who came in relief of Alexi Thibaudeau late in the second period. The Bombers  would get two by him in the third , when Calladine and Rauckman would both strike on the powerplay.

The Bombers look like they are getting stronger and finding their legs as this series shifts back to Wilcox for the all important game 7 Tuesday. Notre Dame looks like they are beaten down and just hanging on. Saying that anything can happen in a game 7.

Simon Hofley got the start last night and turned aside 29 out of 30 Notre Dame shots, and was very good early when the Hounds got their best scoring chances. Mike Reagan praised Simon's play last night on the 102.9 CFAR Post Game Show .

I am sure a lot of people are not surprised that we are going to game 7, as both these teams were very even in the regular season and have been pretty close in this series. It looks like the Bombers may be in the drivers seat as they look hungrier to me and the Hounds do look to be very tired. No matter who wins you have to wonder, if either one of these teams will have a lot in the tank for Kindersley who are enjoying a long rest.

No matter what gos down you will have the best seat in the house as we will have the complete call from game 7 including the Murray GM Coach's Show which will hit the air at 8:15 MB time and play by play at 8:30.

Here is the complete scoring summary from last night.