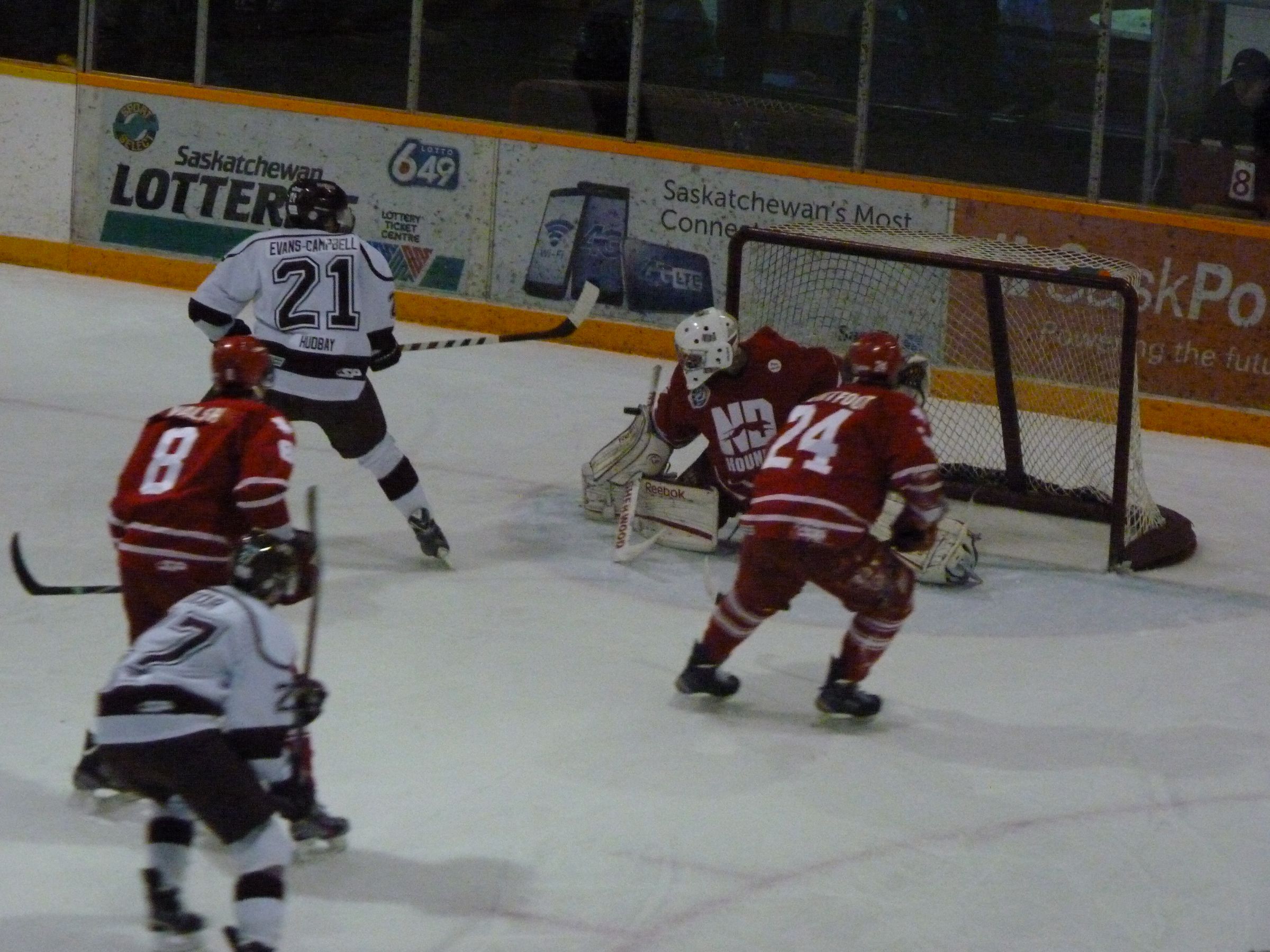 It was gut check time for the Bombers,  and they responded with a hard fought 4-1 over Notre Dame Wednesday night,  to even the best of 7 SJHL Quarter Final Series at 2 wins apiece.

Chris Rauckman put the Bombers on the board just 3:19 into the opening period when the Hounds put the puck into their own net. It was Rauckman's third of the series.

This would hold up til the 2:59 mark of the third period when Parker Evans Campbell would convert his third of the series on a terrific feed from Brandon Switzer to put Flin Flon up 2-0. This would end up being the game winner.

The Bombers would get their powerplay going and grabbed some insurance by  striking twice in the third on goals from Switzer his 1st, and Austin Evans his third.

Notre Dame could not muster up much offense , but did break Adam Beukeboom's shutout, when Jared Martin picked up his series leading 6th goal converting a pass from Hikichi at the 7:22 mark of the third.

This was just the second time in the series when a Bomber goaltender started and finished a game, and Beukeboom looked in control right from the opening period. Beukeboom was very positionally sound and his rebound control superb. He stopped 29 shots in the first 2 periods and his team shut down the Hounds in the third only allowing 7 shots.

This was the first time in the series that the Bombers led a game after both the first and second period.

Mike Reagan was on the 102.9 CFAR Post Game Show and mentioned how big the Evans Campbell goal was in his team picking up the important victory. " I thought Parker's second goal was enormous for us. What a great shot, Thibadeau didn't even see it til it went in. Parker has been unbelievable since coming back from missing 3 games in February. He has been a work horse, he has been exactly what we wanted , a big body that finishes a lot of his checks."

So now the series will shift back to Wilcox for game three Friday and is now a best of 3 with the series tied at 2.

Once again you can get all the action on 102.9 CFAR and flinflononline.com starting with the Murray GM Coach's Show starting at 8:15 MB time.

Here is the complete scoring summary