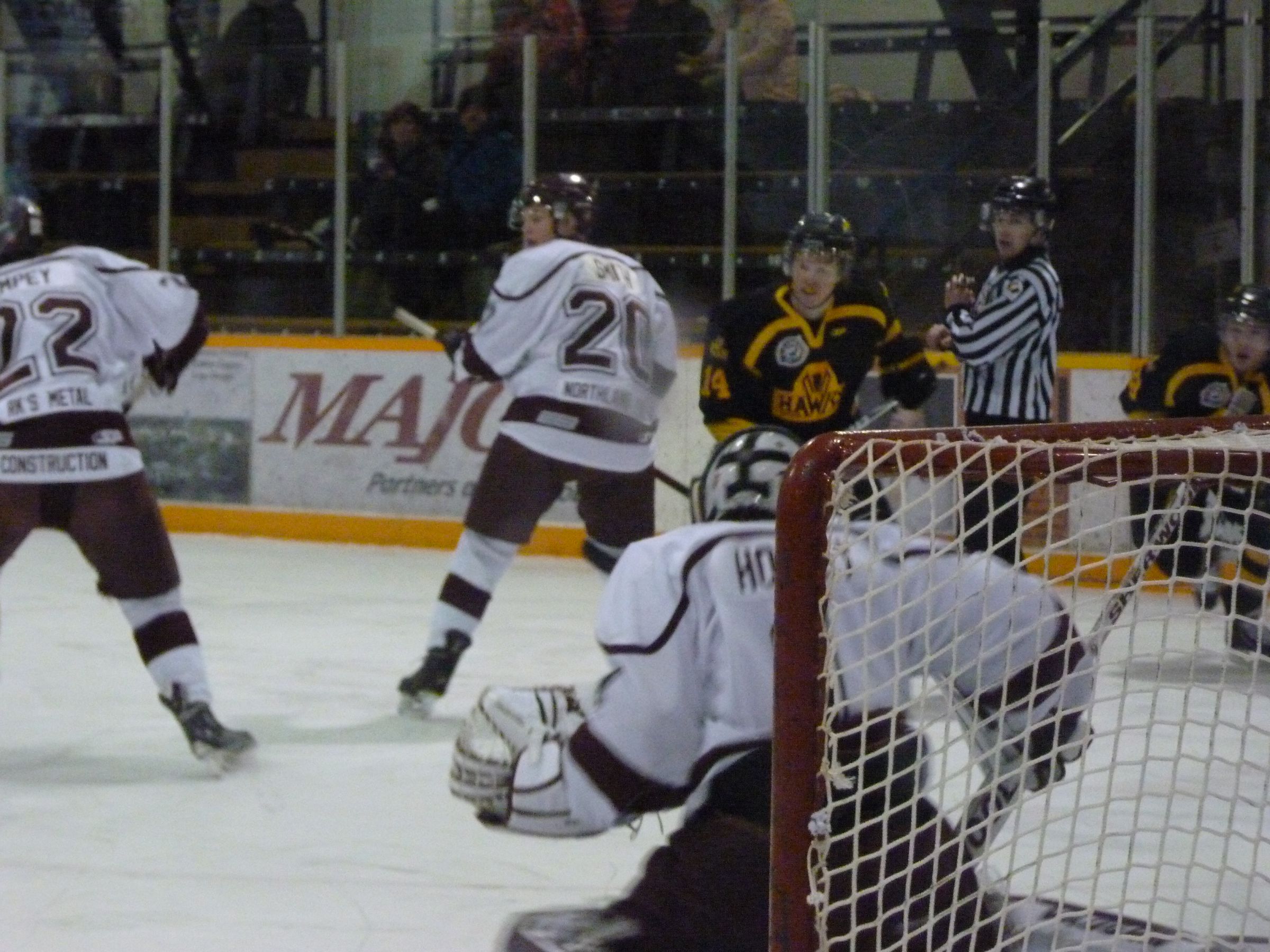 The Flin Flon Bombers took care of business, and knocked off the Nipawin Hawks 5-2 Tuesday night to wind down the SJHL regular season.

With the victory the Bombers will finish 5th overall with a record of: 31-13-6-6, including 20 of those wins at the Whitney Forum.

Flin Flon will face the Notre Dame Hounds in the first round of the playoffs for the first time ever,  who finished 4th overall at: 37-14-1-4. The season series was 2-2 between the two teams and the first playoff game  is expected to start a week Friday in Wilcox.

Chris Rauckman was a cross bar away from hitting the 40 goal mark, who managed to get no.39 earlier in the night on the power play early in the third period. Rauckman was very happy with his season and complimented his team mates. "I have to give it to the guys, who sacrificed a lot of ice time for me there at the end,  when they were getting into penalty trouble. I really appreciate that for sure and I was just throwing it at the net and hoping it would go in. It was just shy, but I am very happy with what I accomplished."

Brandon Switzer chipped in with 4 points including 2 goals, with other markers coming from Evans and Empey. 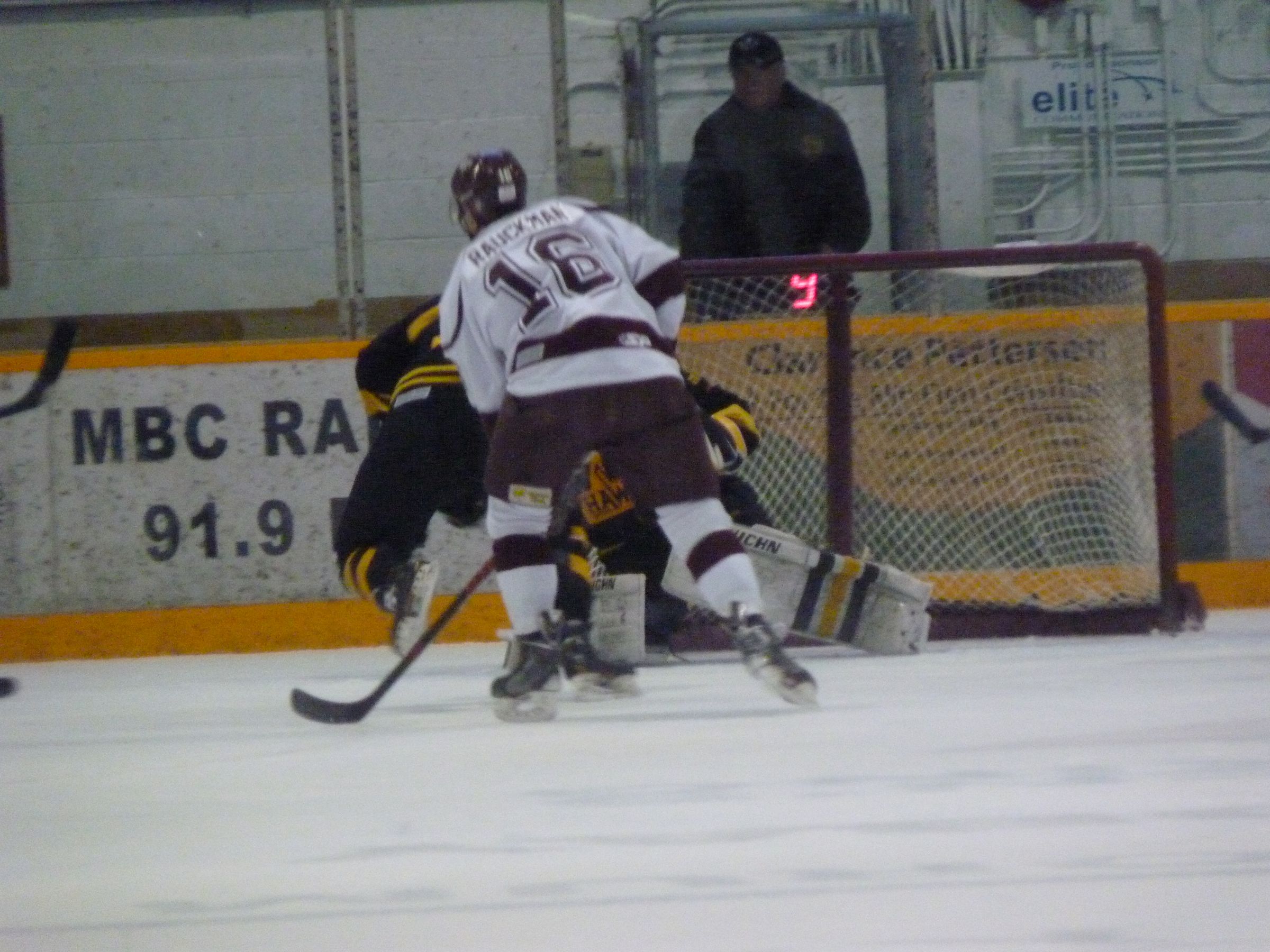 Simon Hofley returned to the Bomber net for the first time in 4 games, and looked sharp stopping 40 out of 42 Nipawin shots and looked quite confident making key saves at key times. He finishes the season with 19 wins and a sav % of .921 and a gaa of 2.82.

The Bombers will get a 10 day break to rest up for hopefully a long playoff run. Tyler Bell will be able to return to the lineup after serving his 2 game suspension. No word on when Curtis Roach is expected to return.

Mike Reagan was happy with how his team wrapped up the season. "I am really proud of the guys who put in a lot of hard work, it is a long season and you go through a lot of ups and downs and you just hope at the end of the year, you are playing your best hockey.  We went through a little bit of a skid last month and it is nice to get this win and go into the playoffs with 2 straight wins."