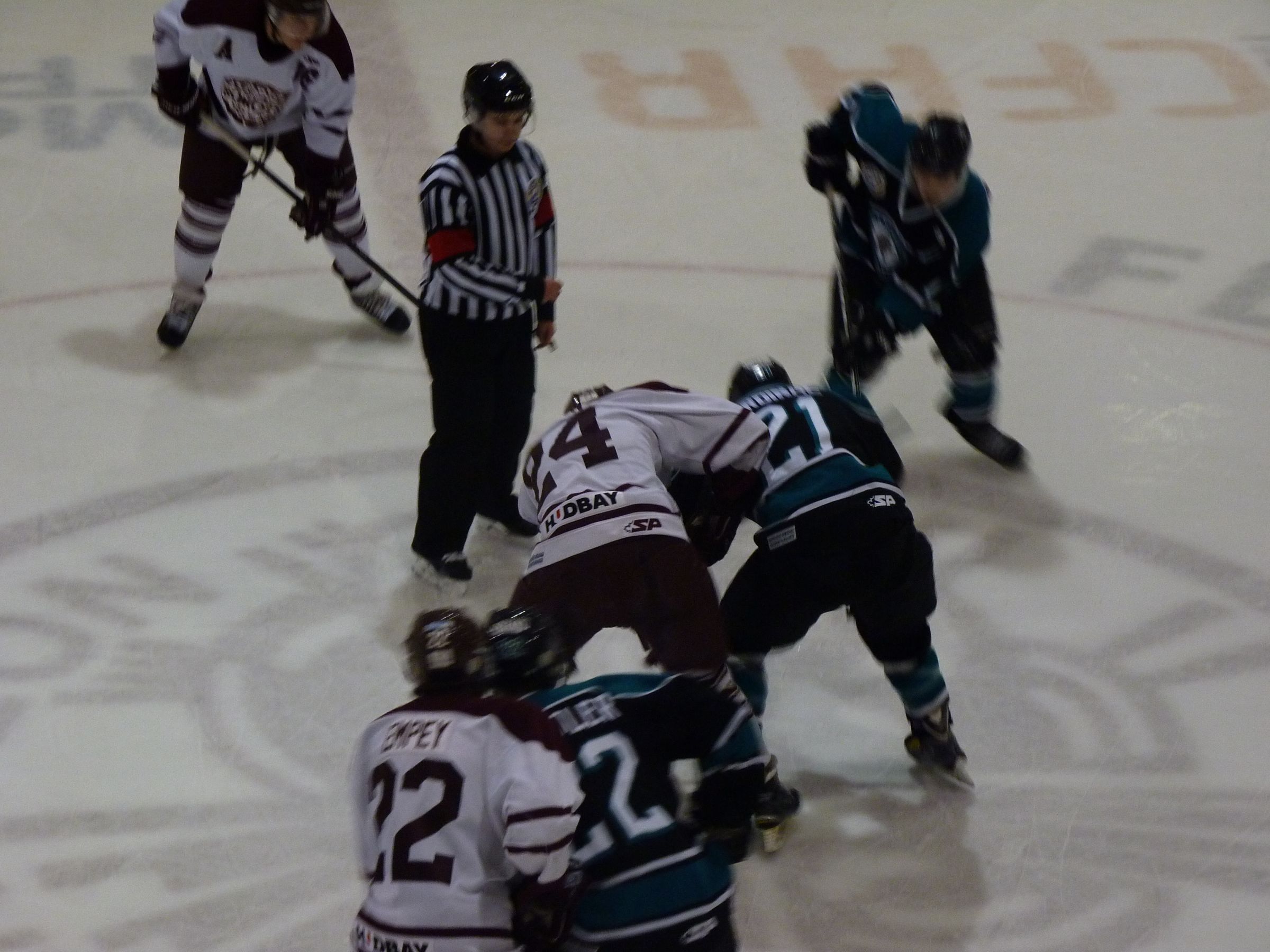 It was a breakout third period for the Flin Flon Bombers who pasted Laronge 7-1 Saturday night and eliminated the Ice Wolves from the playoffs for a third straight year.

Laronge came out and played desperate hockey for pretty much the first two periods, but the potent Bomber offense took it up a notch in the third.

With the Bomber  victory and Nipawin losing to Melfort Saturday night, the Bombers and Hawks are tied for fifth overall with 72 points. It will now come down to a 1 game showdown at the Whitney Forum Tuesday night to decide fifth spot. The winner plays Notre Dame and the loser will play Melville in the first round of the playoffs.

Adam Beukeboom was solid again, and made a lot of big saves especially in the first two periods when the game was still close. He was busy stopping 34 out of 35 Laronge shots and was so fundamentally sound. He has recovered from his six week injury well.

It will be interesting to see what lineups Mike Reagan and Doug Johnson decide to go with Tuesday night. I am pretty sure we will see Hofley in net for the Bombers, and I think there is a good chance we could see Nipawin's backup Jesse Fontaine who has not seen a lot of action at all this season.

Game time is 7:30, and let's get a big crowd at the Forum and give the players just a small taste of how loud and crazy it will be for the playoffs. 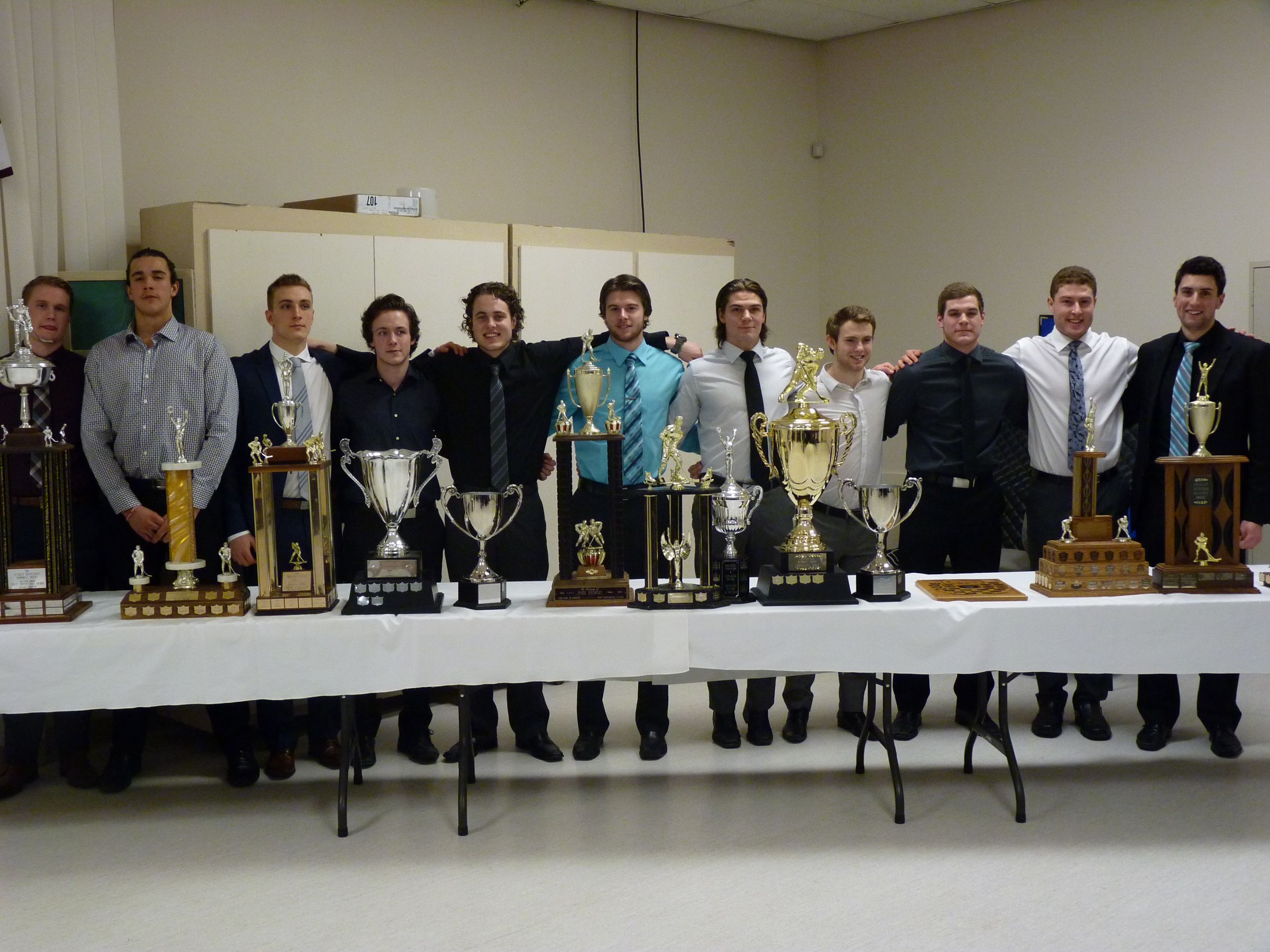 After the game against Laronge on Saturday, the Bomber organization made their way over to the Legion Hall for the Awards Banquet.

Here are the winners: