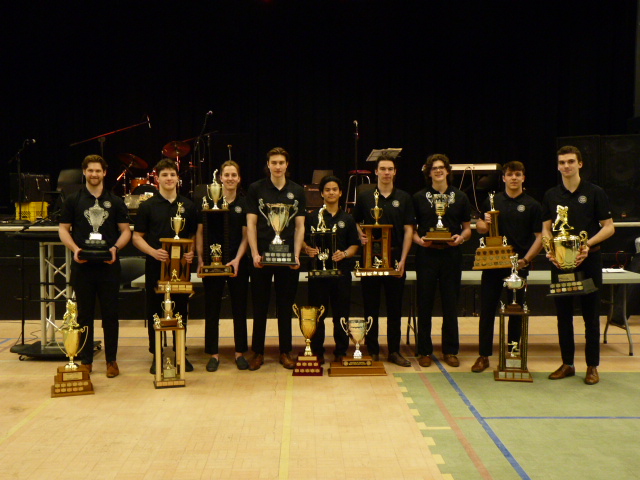 The Flin Flon Bombers held their year end awards and send off party for the Centennial Cup this past Friday night at the FF Community Hall.

It was a great night with the fans, parents, billets,volunteers, sponsors and organization able to come together and celebrate a successful season.

The Bombers are off to the Centennial Cup in Estevan and play their first game on Thursday.

Here is a complete list of the awatd winners from Friday night.

Bomber netminder Cal Schell was the big winner taking home 3 trophies including the CFAR Most Valuable Player, the Burkees Playoff MVP and First Star for the Royal Bank 3 Stars.

Gabriel Shipper also won three including  the FF Bombers Most Popular Player, the Howard Fox Courier for  MR Hustle and was selected for the Coach's Award.

Xavier Lapointe won the George Leel Trophy for most points and was also selected the Darcy Bancroft Memorial for best defenseman.