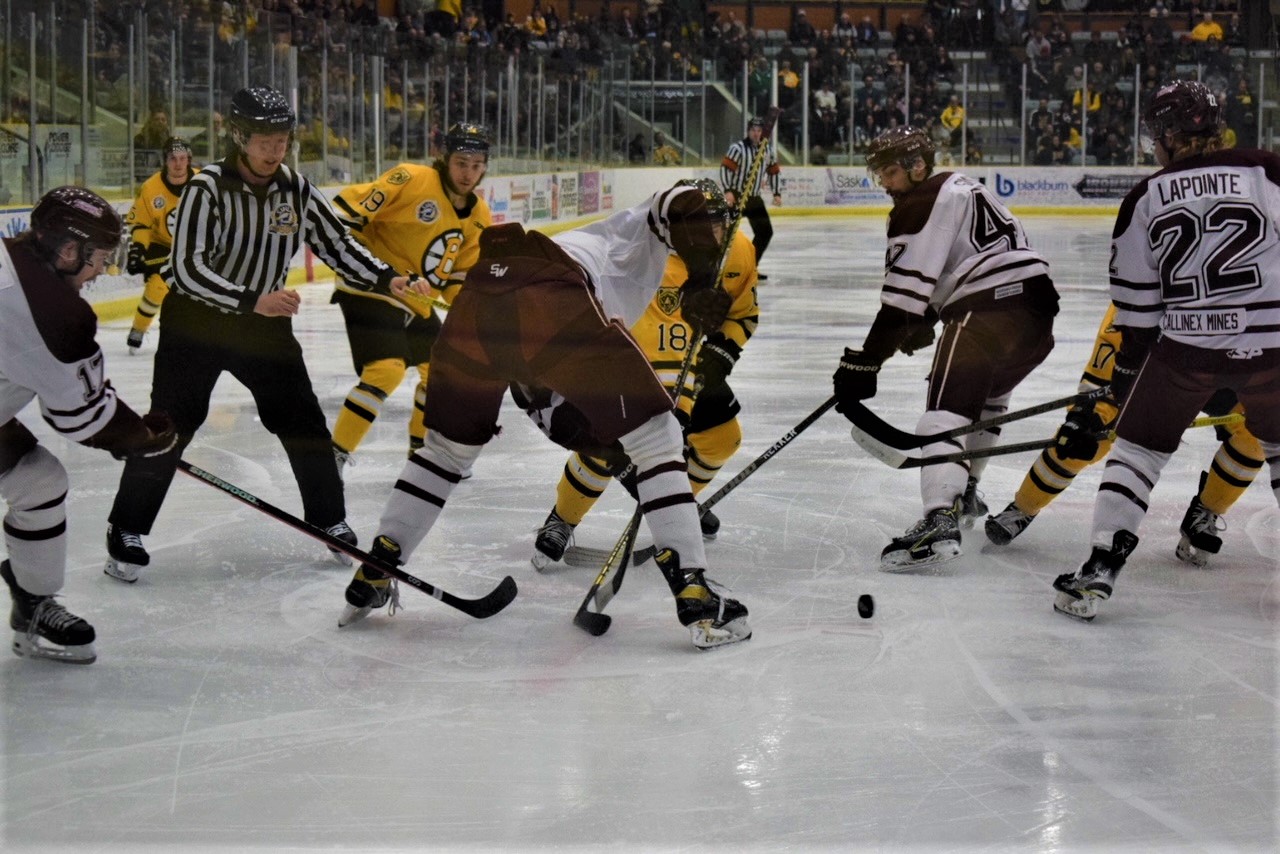 The Flin Flon Bombers quest to bring a Canalta Cup  championship back to Northern Manitoba just came up short on Friday night in Estevan.

The Bruins played a text book game and didn't allow many good scoring opportunities in a low scoring 2-0 victory to claim theit first title since 1999.

Flin Flon had lots of momentum coming into Friday after a big 6 to 1 win at the Whitney Forum on Tuesday. Matter of fact,  Flin Flon out scored the Bruins 15 to 5 in the last 3 games coming into the final game on Friday.

I give Estevan a lot of credit, they made adjustments and didn't give the Bombers anything and played as good as a  defensive game that I have ever seen.

The game winning goal came courtesy of Kian Calder when he put a shot through a big crowd in front of the Bomber net to beat Cal Schell early in the second period.

That would hold up  til Olivier Pouliot scored on a 4 on 3 power play late in the third to give the Bruins the all important insurance goal  on their way to the 2-0 win.

Cal Schell did everything he could to keep his team in the game and finished with 28 saves to go along with a staggering .934 save %. Word is,  if the Bombers would of won Friday he would of been awarded the playoff MVP.

The MVP went to Estevan goalie Boston Bilous who also played very well and shut the Bombers out twice in the final.

This was as close as the Bombers have been to a league  championship since 1992-93 getting the final to 7 games.

Flin Flon had been to the finals on two other occasions losing in 6 to Melfort in 2016 and got swept 4 straight by Battleford in 2017.

This doesn't take away from an incredible ride  that the whole community and Bomber nation  rallied around for their entire playoff run.

Lots of former players made their way to the Whitney Forum and gave their support as the current Bombers played their hearts out for these former great players and the entire community.

Who will ever forget the massive 50/50's, the horns, sirens, jerseys, shirts, bunny hugs, bus send offs  and of course Krazz beating his drum. This was the most fun I  can ever remember calling Bomber games.

The tremendous large crowds made it so easy to get into it and I could hardly wait to get to the rink and jump on the air.

The nice thing is,  the Bombers arn't done playing yet, as they will get a chance to compete at the Centennial Cup.

Estevan is the host team so Flin Flon was given an automatic birth for going to the final.

A big thank you to all the fans, volunteers, sponsors and of course the players and coach's on making this a season to remember.

I will release a schedule on the Centennial Cup later in the week as the tournament will start on Thursday May the 19th.