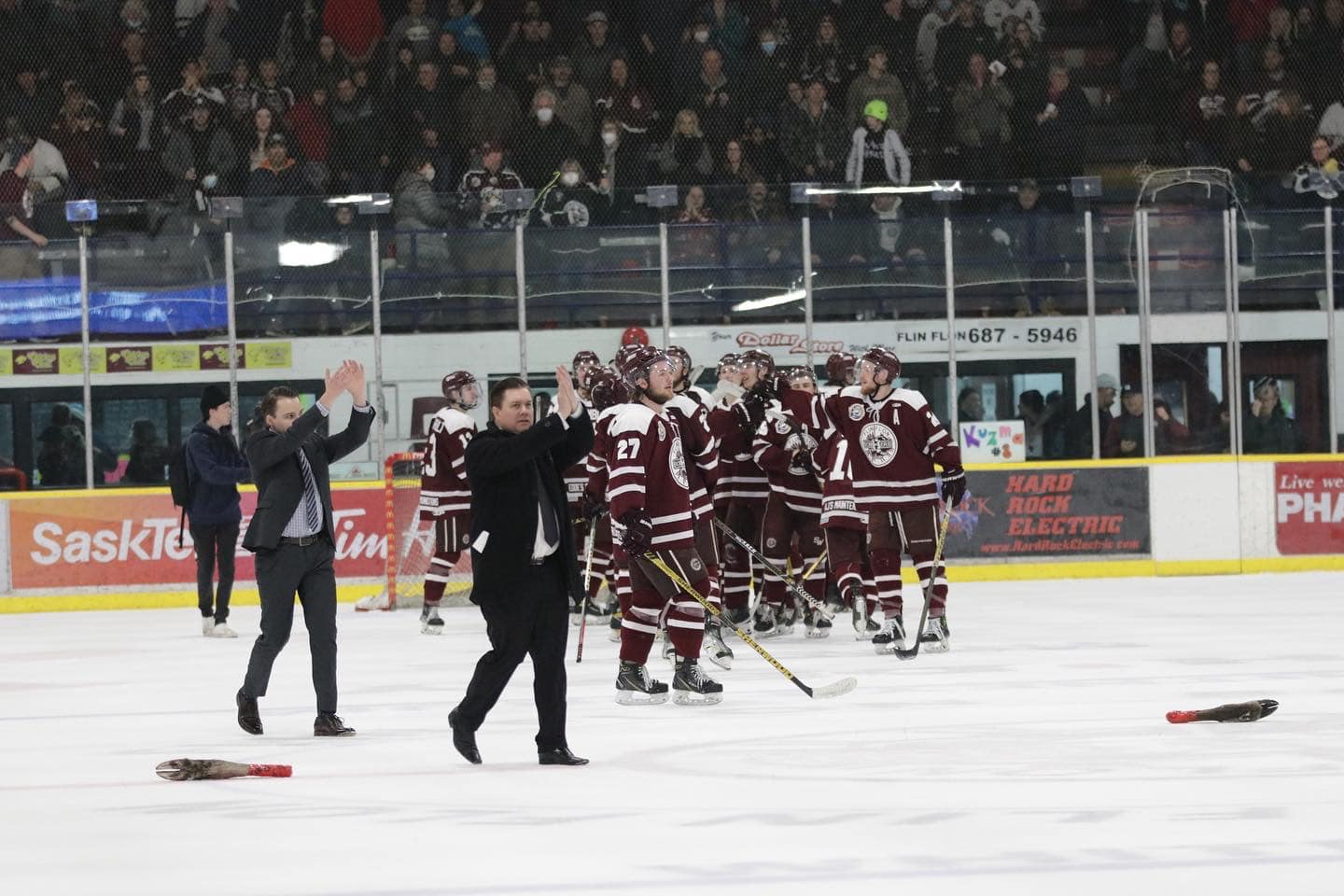 Don't look now but the Flin Flon Bombers are just one win away from hoisting up the Canalta Cup.

The Bombers played their hearts out and took it to the Estevan Bruins by a tune of 6 to 1 to even the best of 7 league final at 3.

Flin Flon was able to erase the tough ending in game 5 when they gave up the tieing goal with just under 6 seconds remaining before losing in OT.

No dramatic finsish for the Bruins this time as the Maroon and White express had no intention of letting this game slip away.

After a scoreliss first period, Drew Kuzma was able to tap in  a nice pass from Jaeden Mercier early in the second period for his team leading 9th of the post season.

Mark Rumsey picked up his 8th and scored the only Estevan goal.

Another superb performance from Cal Schell who turned aside 33 shots and made a lot of big saves early when the game was still in doubt.

Flin Flon has been able to get to Boston Bilous and have scored 15 goals in the last 3 games and chased him in game 4.

Bilous wound up with 37 saves last night and didn't have a lot of help as he was under seige for most of the second and third periods.

The crowd was a big factor again with an atmosphere second to none and the Bombers responded with their 7th home win of the playoffs.

It was also great to see all the Bomber alumni at the rink last night and I know the current Bomber team appreciates all the support.

This is the closest the Bombers have been to a league title since 1992-93 and will play for the Canalta Cup in a winner take all on Friday night.

No matter what go's down you will have the best seat in the house as we will be good to go with Creighton Furniture Flin Flon Bomber Playoff Hockey once again  including the Great North GM Coach's Show at 7:40 MB time.