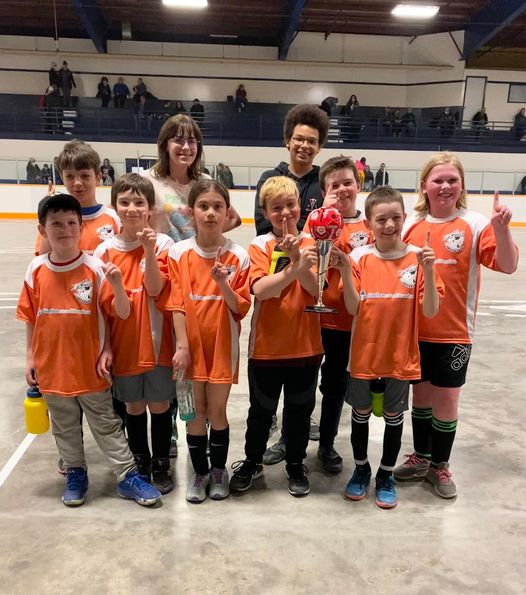 Creighton Recreation hosted an indoor soccer touurnament this past weekend at the Sportex with kids from all over Flin Flon, Creighton and the Pas taking part.

The Champions for the 2011-2013 age group was Team D, coached by Bradley Powell and Blake Shirran.

A special thanks to all the coach's, refs, time keepers and the players. Also a big thanks to Northland Ford for their sponsorship, North Of 53 CO-OP for the snacks for the tote bags, Chicken Chef for running the concession and the PLSC for the use of nets, jerseys and balls.