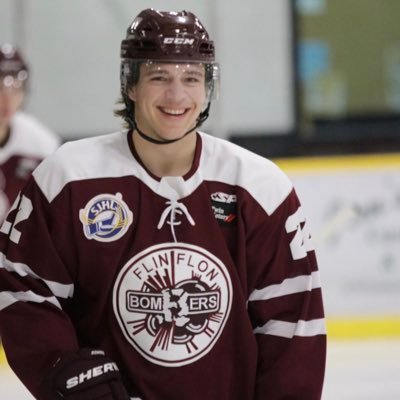 The SJHL announced their top players from the 2021-2022 season and a Flin Flon Bombers has been recognized.

The Mayfair Diagnostics Top Defenseman is Xavier Lapointe from Quebec City who had a season to remember  for the Maroon and White.

Lapointe led his team in scoring picking up 50 points in 58 games including 19 goals with 9 coming on the power play.

He also led all SJHL Defenseman in scoring finishing 8 points ahead of Humboldt's Noah Barlage. His 19 goals also led the league.

Lapointe came over from the North American Hockey League where he played for the Janesville Jets the previous two seasons.

So far in 10 playoff games Lapointe has picked up 3 points on the current Flin Flon Bomber run.

After this season with Flin Flon, Lapointe has committed to RIT of the NCAA.