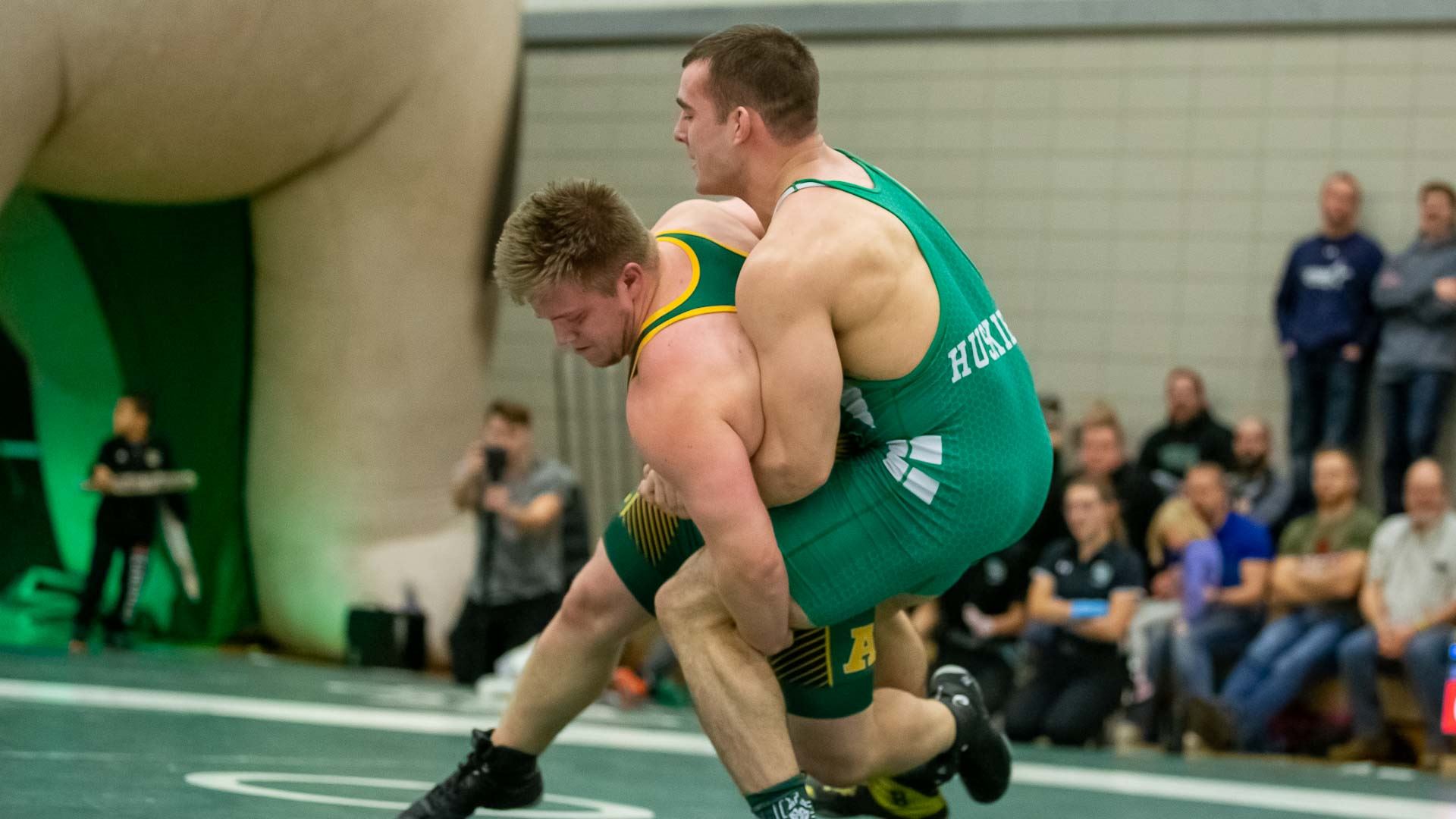 Congratulations to Flin Flon's Hunter Lee for getting a nomination for the Uof S Male Athlete Of The Year.

The awards were presented live for the first time since 2019 last night at TCU Place.

Hunter was nominated for the E.Kent Philips Trophy for Male Athlete Of The Year.

Hunter Lee of the University of Saskatchewan Huskies wrestling program wrapped up his year in style this past weekend at the U SPORTS National Championships.

The third-year from Flin Flon, Man. won gold in the men’s 90 kilogram weight class, and he did so in spectacular fashion. Lee won all four matches he competed in over the weekend, surrendering points in just one of those bouts and claiming the title by an 11-0 margin over Karan Dhillon of Fraser Valley in the championship match. With the national title, Lee completed a campaign that saw him win both Canada West and U SPORTS gold.

Lee’s gold medal played a large part in the Huskies finishing second in the nation, their best result since 2005