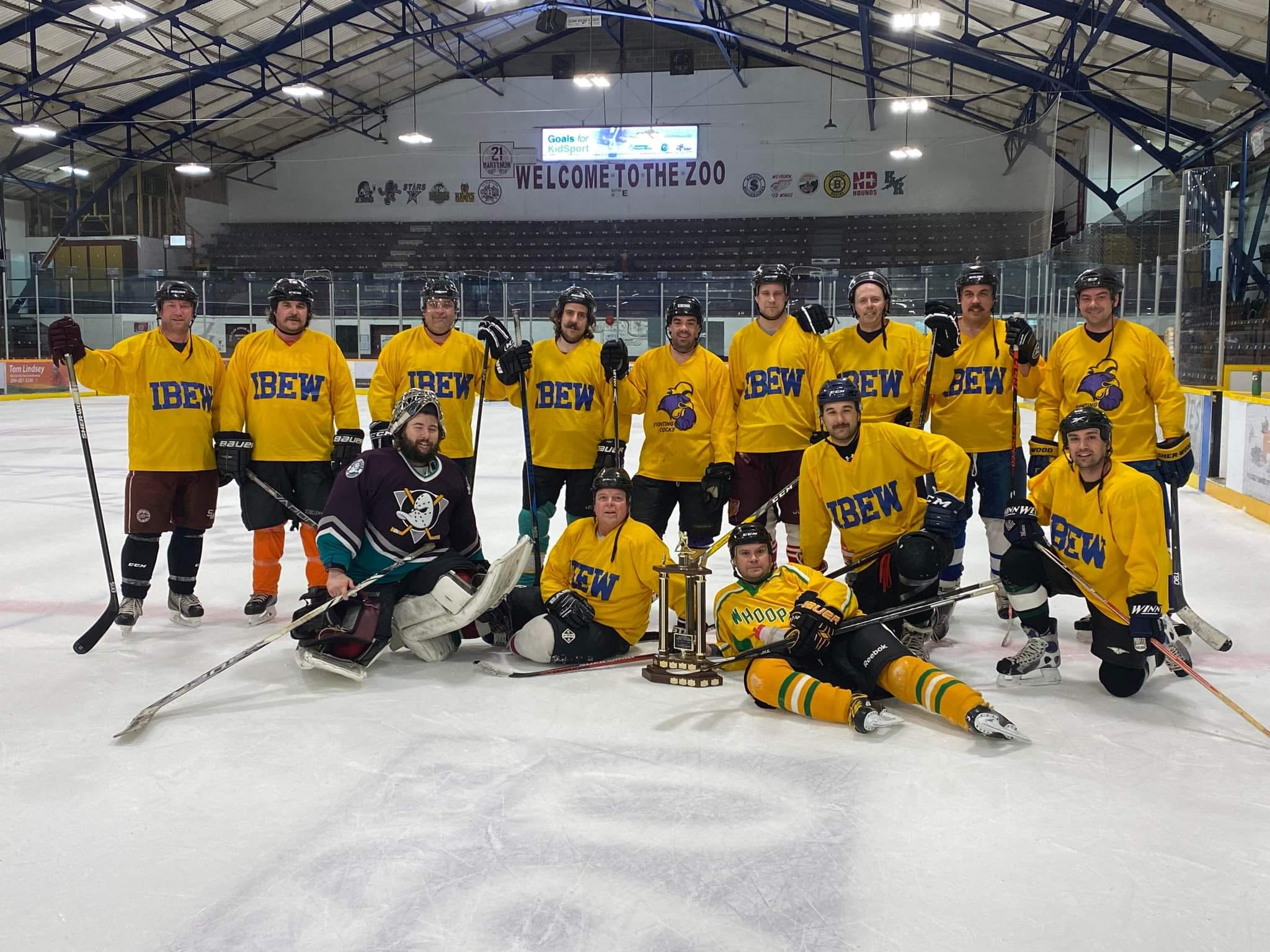 After a two year hiatus the Hudbay Hockey tournament returned with 7 teams hitting the ice this past weekend.

Congratulations to the Electricians who won the A- Event with a 7 to 4 win over the Power House. Brad Hancock and Josh Enns led the way with a pair of goals.

The speedy Jonathan Cooper was the top scorer on the weekend with 15 points all assists.

In the other finals.

Snow Lake claimed the B-side with a 9 to 6 win against Triple 7 and ZPL won the C-side 9 to 4 against the Carpenters.