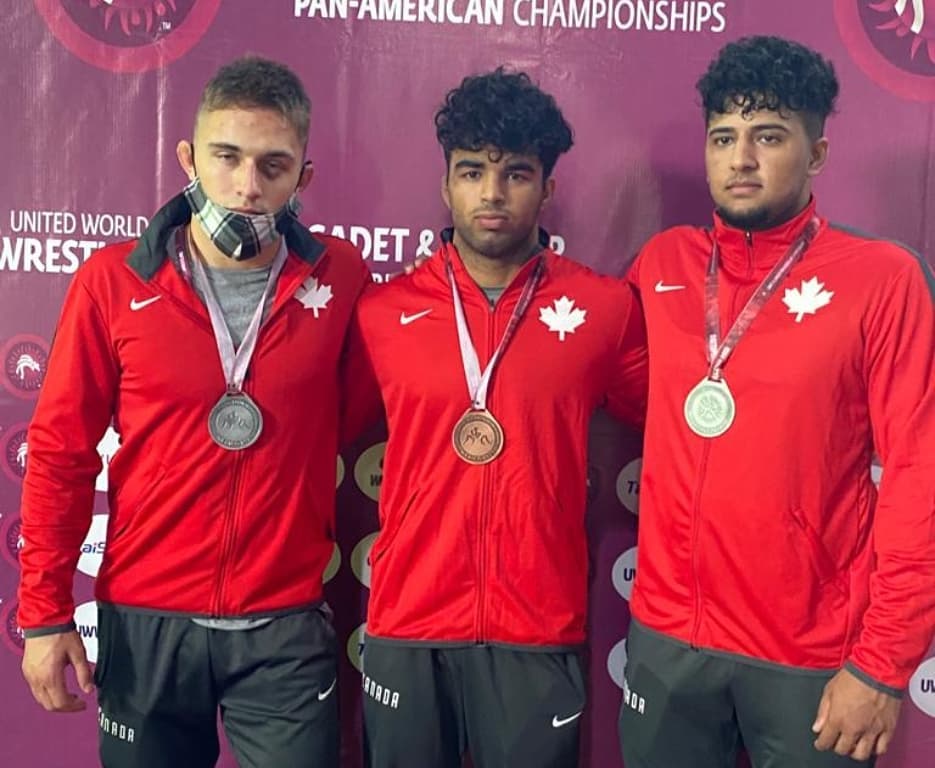 It was a successful return to the mat for Flin Flon's Carson Lee who picked up a Silver medal at the Pan American games in Mexico. This is the second time that he has captured Silver at this event.

Lee has had to wait 15 months to get back into competition due to Covid.

Carson was competing in the 79 KG and helped Canada finish third in the team standings.

Unfortunately,  the event in Italy has been cancelled due to low numbers so now he is off to Michigan to train.

Next up will be the World Championships in Russia in August as Carson winds down his career as a Junior before he ages out.

You can support Carson by donating to his go fund me page on social media. Anyone who donates will have their name added to his City Of Flin Flon flag that he takes with him to all his competitions.