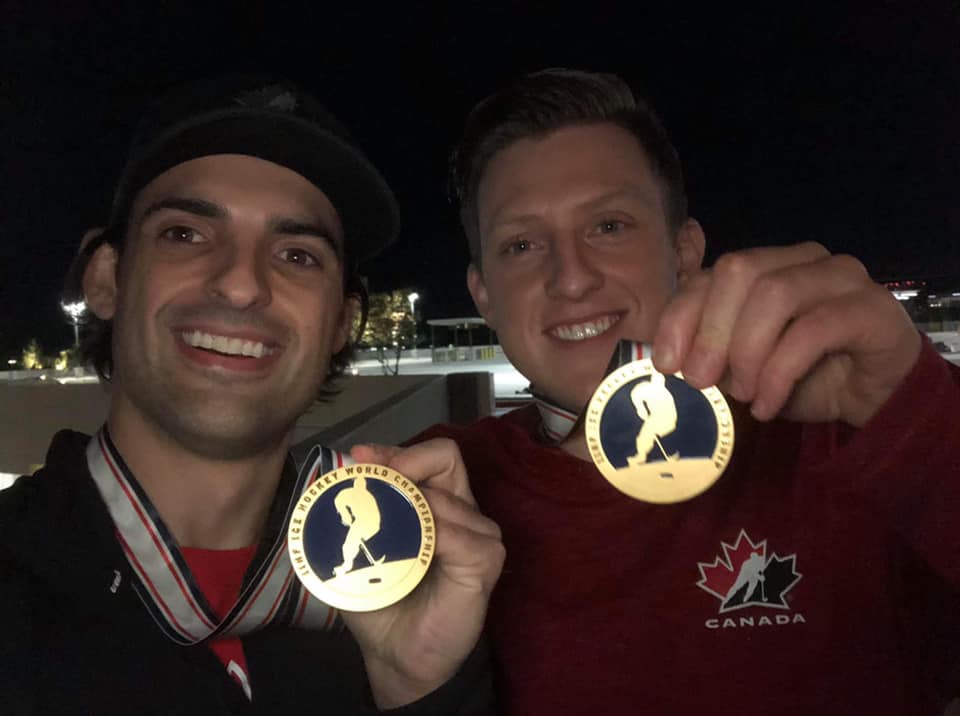 Canada won gold for the first time since 2013 beating Russia 5 to 3  this past Thursday in Frisco Texas.

Crickard came to the Flin Flon Bombers in 2005 after a trade with the Swan Valley Stampeders and suited up for 19 games before heading off to play for the Woodstock Slammers of the MJAHL.

Weninger was acquired from the Kindersley Klippers in 2008 and played 73 games between 2008 and 2010 before picking up a scholarship to the University of Lethbridge.