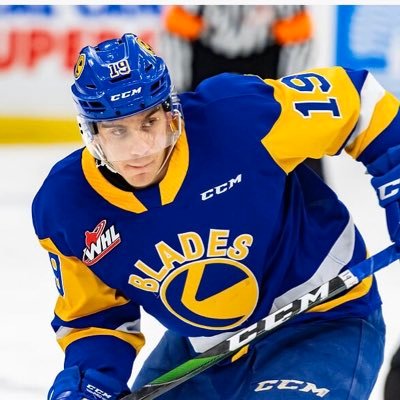 The Flin Flon Bombers made a major acquisition on Saturday with the announcement of a 3 year Whl veteran, Zach Huber.

Huber played with the Saskatoon Blades last year where he potted 23 points in 61 games.

He picked up 10 points with the Calgary Hitmen in the two seasons previous.

Huber hails from Millarville Alberta and Head Coach and GM of the Bombers is very excited about the signing. "We are very happy to announce the signing of Zach. We saw the impact Cole Rafuse had on our team last year and we feel Huber will have the same. He's tough to play against, has a great shot and plays like a Bomber."