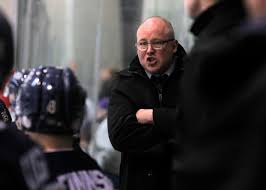 The OCN Blizzard have hired a new Coach/GM with lots of MJHL experience with the addition of Billy Keane.

Keane will replace local product Chris Perchaluk who took over the team mid-way through last season and was named the new full time Head Coach back in April.

Blizzard owner Salman Dhillon explains the move. “Chris stepped forward during the middle of the season and took over a bigger role but we are so far behind in our standings and performance that we feel it’s time to bring in more experienced and seasoned leadership in the organization. The  Blizzard has a glorious past and it’s time to reclaim that."

Greg Hunter will also be coming back as an Assistant Coach and Assistant General Manager and has been with the Blizzard organization for more than 20 years.