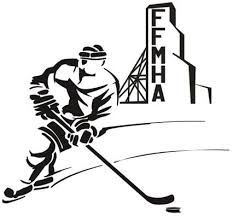 FFMH President Darrin Mansell chaired the meeting and talked about it being a challenging year that came to an abrupt end due to Covid 19.

Mansell said,  there were some positive moments to the year including a slight jump in enrollment and two Provincial Championships with their female program that had a strong contingent from Flin Flon.

With some Covid cases still being reported, FFMH is introducing a Return To Play program in conjunction with Hockey Canada and Hockey Manitoba.

Joy Tetlock, who is the Return To Play co-ordinator said they will be working with both the Flin Flon and Creighton Rec Directors in making sure all the players, coach's, officials and parents can make a return to the rink safely.

FFMH will continue to update their web-site as they continue to work with Hockey Canada and Hockey Manitoba as information and direction is given on the direction they choose to go once the season can start.

A tentative schedule will be put together, but will not be released until the go ahead is given by the governing bodies.

Darrin Mansell, the FFMH President said this is going to be a very unique season with some changes expected. " We are waiting to hear back from Hockey Canada and Hockey Manitoba and we will be working with the Norman Regional Health authority and the different hocky bodies to get some information to see how we can move forward. The plan is to get started on the regular date as years past and I have had meetings with Hockey Manitoba and they are diligently trying to come up with something. Until there is more information on the virus itself and social situations there isn't much we can do."

Mansell also mentioned,  they will have their financial statement and will be looking for some people to step up and fill some vacant board positions with the information on their web-site at flinflonminorhockey.com.