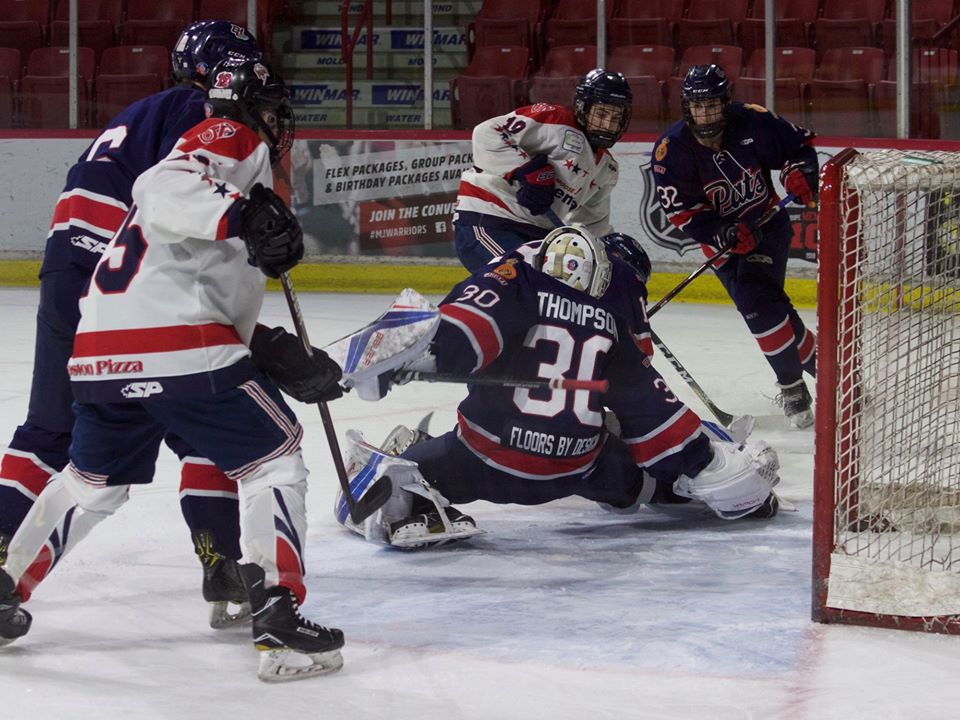 After lots of signings of forwards and defensemen, the Flin Flon Bombers announced their first signing of a goaltender,  and he is a good one.

The Bombers have inked Jared Thompson from the Regina Pat Canadiens U18. Thompson was named the top goalie in the Saskatchewan Midget Triple A League this past season with an incredible 1.61 GAA and a .920 SVS %.

Jon Klassen the Bombers Head Scout feels that Thompson can be the Bombers goalie of the future. "Jared has the potential to be a very good goalie in our league. He is coming off a huge year where he had a 1.61 GAA & .920 SVS%. Jared is a very focused goalie who continues to develop every year."